Norbert Ernst studied vocal pedagogy and performance singing with Gerd Fussi at the Josef Matthias Hauer Conservatoire in Wiener Neustadt and song and oratorio with Robert Holl and Charles Spencer at the University of Music and the Performing Arts in Vienna. He pursued further studies in master classes held by Walter Berry and Kurt Equiluz.

His first commitment (2002–2005) took him to the German Opera on the Rhine, where he was able to acquire the central roles of his discipline.

Since the 2010/11 season, Norbert Ernst has been a member of the ensemble of the Vienna State Opera, where he has increasingly established himself in the German discipline and can be experienced in roles such as Loge (Das Rheingold), Aegist (Elektra), David (Die Meistersinger von Nürnberg), Alfred (Die Fledermaus), the helmsman (Der fliegende Holländer), Narraboth (Salome), the dancing master (Ariadne auf Naxos) and Tamino (Die Zauberflöte).

In the Ring cycle at the Vienna State Opera on the occasion of the anniversary of Richard Wagner’s 200th birthday, he celebrated a fulminant success as Loge in Das Rheingold, being applauded by the audience and the press alike.

Norbert Ernst is a guest at major international festivals such as the Cincinnati Opera, the Opera Festival in Savonlinna and the Salzburg Festival. From 2004 through 2011, Norbert Ernst has been a permanent guest at the Bayreuth Festival, where he could be seen and heard as the helmsman (Claus Guth / Marc Albrecht) and David (Katharina Wagner / Sebastian Weigle) or as Siegmund and Siegfried in ‘Der Ring des Nibelungen – for Children’ etc. At the jubilee festival in 2013, he plays Loge in Das Rheingold conducted by Kirill Petrenko and directed by Frank Castorf.

Many opera productions, in which Norbert Ernst was involved, have been produced on DVD or broadcast live in the cinema or on the internet, such as Wagner’s Die Meistersinger von Nürnberg at the Bayreuth Festival in 2008, Mozart’s Die Entführung aus dem Serail at the Theatre del Liceu in Barcelona in 2011, Strauss’ Arabella at the Vienna State Opera in 2012 and Wagner’s Der fliegende Holländer at the Bavarian State Opera in Munich in 2013.

As a recital singer, Norbert Ernst has also been a guest at the Vienna Musikverein, the Brucknerhaus in Linz, the Vienna Konzerthaus, the Philharmonia am Gasteig in Munich, the Philharmonia in Berlin, the Concertgebouw in Amsterdam and the Tonhalle in Düsseldorf with works of the entire great oratorio literature from Bach’s Passions to Mahler’s Das Lied von der Erde. Norbert Ernst has a further artistic focus on his intensive interest in the songs by Hugo Wolf, Wilhelm Kienzl and Franz Schubert.

In his song programmes, he endeavours to step onto unknown or forgotten terrain as often as possible. In 2014, he will hold song recital debuts with Kristin Okerlund on the piano in New York and Paris. 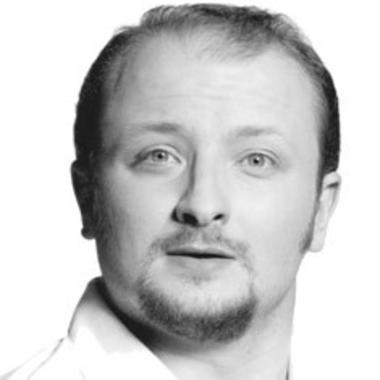