Sebastian Weigle studied the horn, piano and conducting at the Hanns Eisler Academy of Music in Berlin, becoming principal horn player with the Berlin Staatskapelle in 1982. Five years later he founded the Berlin Chamber Choir. He was also artistic director of the New Berlin Chamber Orchestra and, from 1993, principal conductor of the Junge Philharmonie Brandenburg. Between 1997 and 2002 he was principal Staatskapellmeister at the Staatsoper Unter den Linden in Berlin, where he conducted a wide-ranging repertory comprising operas as well as ballets. Since then he has appeared as a guest conductor with Frankfurt Opera, the Semperoper Dresden, the Vienna Staatsoper, Cincinnati Opera, the Metropolitan Opera, New York, and Opera Australia in Sydney as well as at the Granada Festival and in Japan. From 2004 to 2009 he was principal conductor of the Gran Teatre del Liceu in Barcelona. In 2003 he was named Conductor of the Year by the German magazine 'Opernwelt', as well as in the years 2005 and 2006 by a journalist survey in Barcelona. In the autumn of 2008 he took up his new appointment as general music director of Frankfurt Opera. 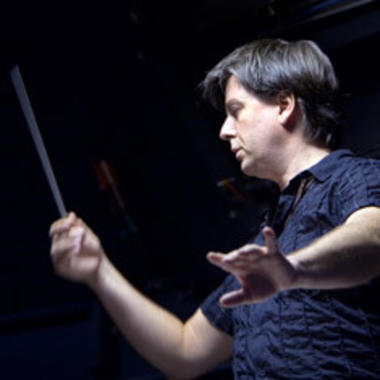