Robert Hall was born in Rotterdam and studied there with Jan Veth and David Hollestelle. In 1971 he won first prize in the International Singing Competition in 's-Hertogenbosch, before going on to study with Hans Hotter in Munich and winning first prize in the 1972 ARD Competition in Munich. Between 1973 and 1975 he was a member of the Bavarian State Opera in Munich, after which he concentrated on giving song recitals, not returning to the operatic stage until the late 1980s, when he was heard at the Vienna State Opera, the Théâtre de la Monnaie in Brussels and, since 1991, the Zurich Opera. Between 1999 and 2002 his repertory at the Staatsoper Unter den Linden in Berlin included Hermann in Tannhäuser, the Commendatore in Don Giovanni, Hans Sachs in Die Meistersinger von Nürnberg and Daland in Der fliegende Holländer. Robert Holl has been in great demand as a concert singer over a period of more than three decades, during which time he has appeared with all the most famous conductors and orchestras in Europe, America and Japan. Above all, however, he is one of the great lieder singers of his generation, with a particular predilection for the German and Russian repertory. He has given countless recitals in all the leading centres of music in Europe in the course of a career that has also taken him to Israel, the United States, Russia and Japan. He was awarded the title of Austrian Kammersänger in 1990 and seven years later became an honorary member of both the Gesellschaft der Musikfreunde in Vienna and the Carinthian Summer Festival. Since 1998 he has taught lieder and oratorio singing at the University of Music and the Performing Arts in Vienna. In 2005 he was awarded the Austrian Cross for Science and Art (First Class) and in October 2007 he received the title of Ridder in de Orde van de Nederlandse Leeuw from his native city of Rotterdam. 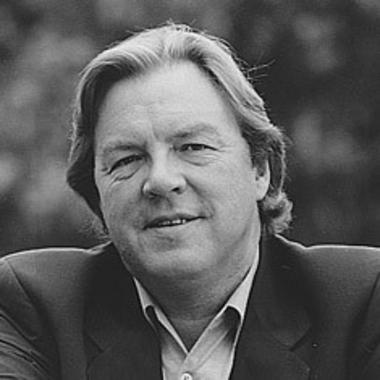