Kirill Petrenko was born in 1972 in the Russian city of Omsk and studied piano at the Music Academy there. At the age of 11 he made his first public appearance as piano soloist with that city’s symphony orchestra. In 1990 the family (his father a violinist and his mother an instructor of musicology) moved to the Austrian State of Vorarlberg, where his father assumed a position as an orchestral musician and music teacher. Petrenko initially continued his studies in Feldkirch and then moved on to learn conducting in the class taught by Uros Lutovic at the Music University in Vienna, where he graduated in 1991. A first engagement took him in the autumn of 1997 as assistant and rehearsal accompanist to the Vienna Volksoper.

From 1999 to 2002 Kirill Petrenko served as General Music Director at the theatre in Meiningen, making his début there with Schostakovich’s Lady Macbeth of Mtsensk while also taking the helm for premières of Der Rosenkavalier, Rigoletto, Prodaná nevěsta (The Bartered Bride), Peter Grimes, Così fan tutte and La traviata. First and foremost, however, he attracted great international attention in 2000 with Der Ring des Nibelungen in a production directed by Christine Mielitz and designed by Alfred Hrdlicka.

Parallel to his positions in Meiningan and Berlin, his international career also rapidly developed. Important débuts brought him  in 2000 to the Maggio Musicale Fiorentino (Evgeny Onegin), in 2001 to the Vienna State Opera (Die Zauberflöte), and the Semperoper in Dresden (Lady Macbeth of Mtsenst, in 2001 to the Gran Teatre del Liceu in Barcelona (Pique Dame), the Opéra National de Paris (Don Giovanni), the Royal Opera House Covent Garden (Madama Butterfly), the Bavarian State Opera (Pique Dame) and the Metropolitan Opera House in New York (Die lustige Witwe [The Merry Widow]), and in 2005 to the Opera Frankfurt (Khovanshchina) to name but the most significant houses. From 2006 to 2008 he joined forces with Peter Stein to crate a cycle of Pushkin operas at the Opéra de Lyon, which was performed for the first time in its entirety in the spring of 2010.

Since his departure from the Komische Oper in July of 2007, Kirill Petrenko has worked as a guest conductor. The most important venues of this activity were appearances at the Metropolitan in New York (Die Zauberflöte and Ariadne auf Naxos), the Royal Opera House Covent Garden (A Kékszakállu herceg vára [Duke Bluebeard’s Castle]/Erwartung, Der Rosenkavalier) and the Theater an der Wien in Vienna, where he made his first appearance in 2004 conducting Smetana’s Dalibor, returning there in 2007 for Janáček’s Kat’a Kavanova (directed by Keith Warner), then finally conducting Richard Strauss’s Intermezzo there in 2008. In 2009 he came to the Bavarian State Opera (new production of Jenůfa) and the Opera Frankfurt (new production: Palestrina).

Among the most important orchestras Petrenko has conducted to date are the Berlin Philharmonic, the Staatskapelle Dresden, the Symphonieorchester des Bayerischen Rundfunks, the Bavarian State Orchestra, the Orchestra of the WDR in Cologne, the NDR Symphony Orchestra in Hamburg, the Museum Orchestra in Frankfurt, the Radio Symphony Orchestra of Vienna, the Vienna Symphony, the Cleveland Orchestra, and the Oslo Philharmonic Orchestra. Beyond these, Kirill Petrenko has led performances at the Salzburg and Bregenz Festivals.

During the current season, Kirill Petrenko will mount the podiums of the Orchestra dell’Academia Nazionale di Santa Cecilia in Rome and the Israel Philharmonic for the first time, as well as returning to the Berlin Philharmonic and the Vienna Symphony. Operatic productions he will conduct include Tosca in Frankfurt, Fidelio at the Royal Opera House Covent Garden and Tristan und Isolde in Lyon and at the Ruhrtriennale.

On September 1, 2013, Kirill Petrenko assumed the post of General Music Director at the Bavarian State Opera. 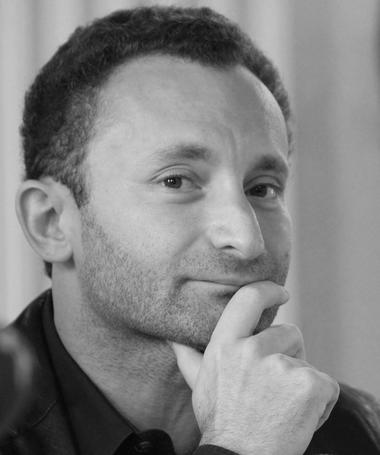