Peter Schneider was born in Vienna, where he sang with the Vienna Boys' Choir from the age of eight. He was still at school when he enrolled at the city's Academy of Music, where his teachers included Karl Schiske for composition and Hans Swarowsky for conducting. On leaving college he worked in Salzburg and Heidelberg before becoming first Kapellmeister with the Deutsche Oper am Rhein. In 1978 he was appointed general music director in Bremen, where he remained until 1985. There followed a two-year appointment as head of opera and general music director at Mannheim. Guest appearances have taken Peter Schneider all over the world. In 1993/4 he was principal conductor at the Bavarian State Opera and Bavarian State Orchestra. He made his Metropolitan Opera début in 1995. He is a regular visitor to the Deutsche Oper in Berlin and to the Hamburg State Opera. He made his Vienna State Opera début in September 1984 conducting Der Rosenkavalier. Among the works that he has conducted in Vienna since then are Capriccio, Salome, Don Giovanni, Le nozze di Figaro, Die Zauberflöte, Der fliegende Holländer, Die Meistersinger von Nürnberg, Der Ring des Nibelungen, Parsifal, Tristan und Isolde, Die Frau ohne Schatten and Palestrina. During the 2007/8 season his performances at the Vienna State Opera, of which he is now an honorary member, included Der Rosenkavalier, Salome, Fidelio and Lohengrin. In Amsterdam he also conducted a series of performances of Così fan tutte. 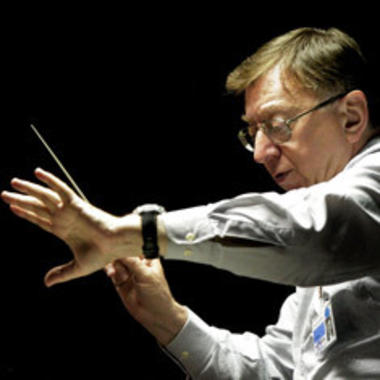