Since 1 September 2008, the great-granddaughter of Richard Wagner and her half-sister Eva Wagner-Pasquier have together held the position of artistic director of the Bayreuth Festival. They are also both managing directors of the Bayreuth Festspiele GmbH and Katharina Wagner is also managing director of BF Medien GmbH, a subsidiary of the Bayreuth Festival.
Born in 1978 in Bayreuth, Katharina Wagner studied theatre studies at the Free University of Berlin and now lives in Bayreuth and Berlin. During her studies, she also held numerous assistant director positions under, among others, Keith Warner and Harry Kupfer at the Staatsoper Unter den Linden and the New National Theatre Tokyo. Her productions include The Flying Dutchman in Würzburg (2002), Lohengrin in Budapest (2004) and The Armourer at the Staatstheater in Gärtnerplatz Munich (2005). Katharina Wagner made her Berlin debut with the staging of Giacomo Puccini's Il Trittico in 2006.
After the young director had worked as assistant director and employee of the festival management at the Bayreuth Festival since 1996, her directorial debut on the Green Hill followed in the summer of 2007 with The Meistersinger von Nürnberg. The first public viewing of the much-discussed production was watched by 40,000 people at the Bayreuth Festival in 2008 within the Siemens Festival Night at the Bayreuth Festival space and was the first live recording with all audience reactions to be published on DVD in the history of the Festival.
It was followed by productions of Rienzi at the Bremen Theatre (2008), Tannhäuser in in Las Palmas de Gran Canaria (2009) and Puccini's Madama Butterfly (2010) and Tiefland (2011) at the Staatstheater, Mainz. At the Bayreuth Festival in 2015, she staged Tristan and Isolde, with musical direction being taken over by Christian Thielemann. In 2018 her production of Fidelio staged its premiere in Tokyo.
Since the winter semester 2010/2011, Katharina Wagner has been Honorary Professor in the Department of Directing at the "Hanns Eisler" Academy of Music, Berlin.
Together with her half-sister Eva Wagner-Pasquier, she was honoured with the "B.Z. Culture Award" in 2010 and the "Bavarian Culture Award" in 2012. In 2013, she was awarded the "Grand Decoration of Honour of the Province of Burgenland" by the Burgenland Regional Government. In 2016, she was honoured with the "Medal for Special Merits for Bavaria in a United Europe", in 2019 with the Bavarian Order of Merit. 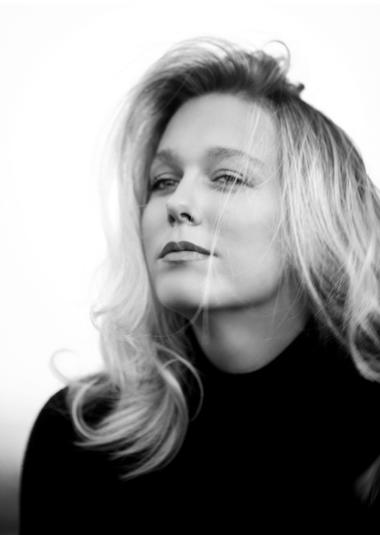