Born in East Berlin in 1951, Frank Castorf graduates in theatre arts at Humboldt University in the mid-seventies and becomes dramaturg at the theatre in Senftenberg. In the following years, he works as a director at various theatres in the GDR, and, after the fall of the Berlin wall in 1989, he soon gets to be invited to work as freelance director for renowned West German theatres. Among his famous adaptations are works by Goethe, Shakespeare, Lessing, Ibsen, Bulgakov, and, time and again, Heiner Mueller.

At the beginning of the repertory season 1992/93, Frank Castorf is appointed artistic director of the Volksbühne am Rosa-Luxemburg Platz. He has been an enormously productive director there ever since. In addition, he staged many guest productions at theatres in Basel, Zurich, Stockholm, Vienna, Copenhagen, São Paulo, and Hamburg. He focuses on adaptations of Dostoyevsky’s novels, and on plays by US-American dramatists like Tennessee Williams, Eugene O’Neill, and Frank Norris. But also German-language authors play a prominent role: in recent years he directed Brecht’s Die Maßnahme/Mauser [The Decision/Mauser], Jasager/Neinsager [He says Yes/He says No], and Lehrstück [Lesson]. He also produced the plays Soldaten [The Soldiers] and Der Hofmeister [The Tutor] by Lenz, and Ozean [The Ocean] by Friedrich von Gagern.

Frank Castorf’s pioneering long-term collaboration with the stage design director Bert Neumann at Volksbühne Berlin has become a trademark of his artistic productions, which are regularly invited to theatres and international festivals around  the world. A short while ago, he signed a new contract that will keep him in place as artistic director until 2016.

Frank Castorf’s productions have been regularly invited to the prestigious Berliner Theatertreffen festival, for instance, Dämonen (2000), Endstation Amerika (2001), Erniedrigte und Beleidigte (2002), Meister und Margarita (2003), Reise ans Ende der Nacht  (2014). He was awarded numerous prizes: 1993 the Friedrich-Luft Prize from the newspaper Berliner Morgenpost for Rheinische Rebellen, the Fritz-Kortner prize awarded by the leading theatre magazine Theaterheute, the Theatre Prize Berlin by the foundation Preußische Seehandlung (which he shares with the actor Henry Hübchen), and the Nestroy Prize for best directing (www.nestroy.at). In 2003, he received the International Theatre Institute Award (www.iti-germany.de), the Schiller Prize of the City of Mannheim, and the Friedrich-Luft Prize from the newspaper Berliner Morgenpost for adapting and directing Dostoyevsky’s The Idiot. In 1993, the magazine Theaterheute named Volksbühne am Rosa-Luxemburg Platz “Theatre of the Year”, and in 2002 and 2003 Frank Castorf has been voted “Director of the Year”. he received 2003 the Order of Merit of the Federal State of Berlin. In 2010, Castorf won the Golden Laurel Wreath Award on the MESS festival in Sarajevo. 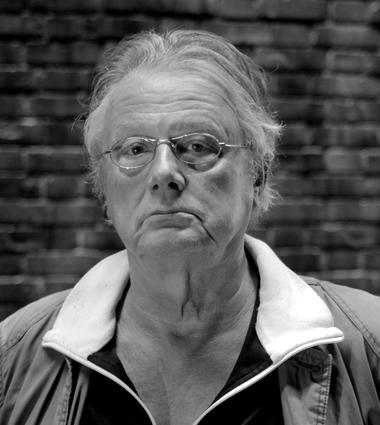