Elisabeth Teige has established herself as one of the most sought-after young dramatic sopranos in Scandinavia and is known for her warm, beautiful timbre, intuitive musicality and compelling stage presence. She was born and raised in Ålesund in Norway. After completing her studies at the Music Conservatory in Trondheim and the National Opera Academy in Oslo, she spent two seasons as a member of The Norwegian National Opera young artist program before going freelance. Her repertoire includes roles such as Elsa (Lohengrin), Cio-Cio-San (Madama Butterfly), Leonore (Fidelio) and Senta (Der fliegende Holländer) – which she has portrayed in not less than eight different productions including Deutsche Oper Berlin and Oper Frankfurt.

Elisabeth had several role debuts in the season 2018/19, such as Irene in Wagner's Rienzi at Deutsche Oper Berlin, and Puccini's jealous heroine Floria Tosca at Nationaltheater Mannheim among others. Also she got her first taste of Brünnhilde, in Loriot's Der Ring an einem Abend, also Nationaltheater Mannheim. At the season 2019/20, Elisabeth will have another great role debut – Turandot at Deutsche Oper Berlin. Other tasks this season will be Fidelio (at Semperoper Dresden, Staatsoper Hamburg and Prague National Theater) and Madama Butterfly (The Norwegian National Opera & Ballet). She is also singing her very first Siegfried-Brünnhilde in concert (Belgrade Philharmonic Orchestra). And she is having her Bayreuth debut as Gutrune in Götterdämmerung in the new production of Der Ring des Nibelungen. In the future, Sieglinde awaits in several houses, and she will also return in one of her signature roles – Senta! 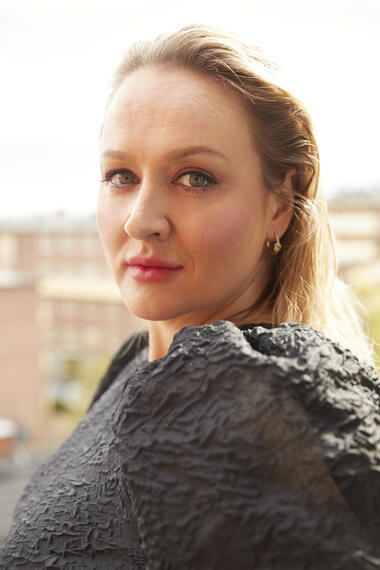