Oksana Lyniv was assistant to the Chief Conductor of the Lviv National Academy Opera and Ballet Theatre before becoming Permanent Guest Conductor of the Leopolis Chamber Symphony Orchestra in 2003. In 2004 she was awarded 3rd prize at the Gustav Mahler Conducting Competition Bamberg. From 2005 to 2009 Lyniv completed a postgraduate and then master class study at the Dresden University of Music. From 2008 to 2013 Lyniv was Deputy Chief Conductor at the Odessa National Academic Opera and Ballet Theater.

In 2017 she made her successful debut at the Teatro del Liceu Barcelona with an NP of R. Wagner's Der Fliegende Holländer.

From September 2017 to August 2020 she was Chief Conductor of the Graz Opera and the Graz Philharmonic Orchestra, where she conducted numerous productions (including Tchaikovsky's Eugene Onegin, Strauss' Salome, Verdi's Don Carlo, Rossini's Il Viaggio a Reims, etc) and presented a broad symphonic repertoire with great success. Her CD recording of Mascagnis/Leoncavallo's Cavalleria Rusticana and I Pagliacci with the Graz Philharmonic Orchestra received critical acclaim.

In the 2019/20 season she returned to the Bavarian State Opera Munich with great success with an NP of Bartók's Herzog Bluebeard's Burg & Concerto for Orchestra and made her successful debut at the Staatsoper unter den Linden Berlin with Cherubini's Médée. Other recent and future engagements and debuts include productions at Theater an der Wien, Deutsche Oper Berlin, Opéra National de Paris, ROH Covent Garden, Frankfurt Opera, Stuttgart State Opera, Seattle Opera and many more.

Oksana Lyniv is also Artistic Director of the international festival Lviv MozArt in Lviv/Lviv, Ukraine, which she co-founded, and of the Ukrainian Youth Symphony Orchestra. 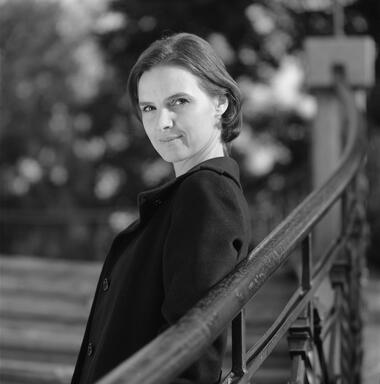