In 2014, Elisabet Strid performs Irene in a new production of Rienzi at the Latvian National Opera Riga, the European Capital of Culture 2014. She makes her debut as Elisabeth in Tannhäuser at the Semper Opera Dresden, as Senta she returns to the Rhine Opera, as Freia to the Bayreuth Festival, as Giorgetta to the Finnish National Opera Helsinki. She also sings Beethoven’s 9th Symphony at the Liederhalle Stuttgart and a Wagner Gala concert at the Antique Theatre of Plovdiv. Moreover, she can be seen as Ada in a Barbe & Doucet production of Wagner’s Die Feen at the Opera House Leipzig.

At the Festival of Bayreuth she made her debut as Freia in the new Ring des Nibelungen from Frank Castorf under the musical direction of Kirill Petrenko.  She successfully portrayed Elisabeth and Sieglinde at the Rhine Opera and made her sensational debut as Senta at the Michigan Opera, Detroit. Before, Elisabet Strid already sang Elisabeth in Tannhäuser at the Festival in Tampere, and in Stefan Herheim’s production at the Opera House Oslo. She gained considerable attention for her portrayals of Sieglinde and Guntrune at the Latvian Opera House Riga. She also sang Gutrune with the Philharmonic Orchestra Gothenburg and Freia in concert performances at the Opera House Leipzig.

One of Elisabet Strid’s most-sung roles is Rusalka, a role with which she achieved particular successes at the Helsinki National Opera, the Teatro de Bellas Artes in Mexico and at the Capetown Opera in South Africa. In 2006, her portrayal of Rusalka was nominated by the Swedish magazine "Opera" for the Opera Award. In autumn 2012, she succeeded in this very role at the Gotenburg Opera.

The Swedish born singer studied singing at the Stockholm University and graduated here in 2004. Already during her studies, the young soprano made her debut at the Vastena Academy as Brygitta, in Carl Unander Scharin’s opera, which he had composed in 2003. In the same year, she sang Antonia in Les Contes d’Hoffmann at the Royal Opera Stockholm. Elisabet Strid’s repertoire also includes parts like Musetta in La Bohème (performed at the Malmö Opera House), Cio-Cio-San and Giorgetta (at the National Opera Helsinki), Liu in Turandot and Ellen in  Peter Grimes.

Elisabet Strid made her debut as a concert singer with the Swedish Radio Orchestra (Francis Poulenc's Gloria). She performed Wagner’s Wesendonck-Lieder for the first time in 2011 with the OFUNAM-Orchestra in Mexico City. In 2012, she sang the 9th Symphony under Lorin Maazel in Stockholm

In 2015, Elisabet Strid will make her debut as Brünnhilde in Siegfried at the Opera House Leipzig. 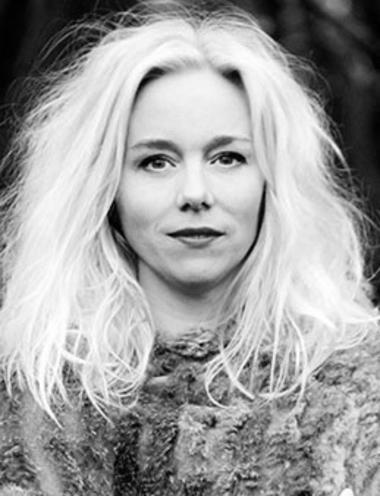