Andris Nelsons is Music Director of the Boston Symphony Orchestra and Gewandhauskapellmeister of the Gewandhausorchester Leipzig. These two positions, in addition to his leadership of a pioneering alliance between both institutions, have firmly established Grammy Award-winning Nelsons as one of the most renowned and innovative conductors on the international scene today.

Nelsons’ positions in Boston and Leipzig commenced in the 2014/15 season and in February 2018, respectively. In October 2020, Nelsons extended his contracts with both orchestras. Autumn 2019 marked a ground-breaking highlight for Nelsons, the Boston Symphony Orchestra and the Gewandhausorchester: three performances featuring musicians from both institutions within one joint orchestra were given at Boston’s Symphony Hall as part of the alliance between the two orchestras.  Next season, this alliance will centre around symphonic works by Richard Strauss, including performances in conjunction with a joint recording release, the details of which will be announced in autumn 2021.

Following his return to orchestras including the Symphonieorchester des Bayerischen Rundfunks last season, Nelsons looks forward to performances with the Berliner Philharmoniker in December 2021 and at the upcoming Salzburg Festival with the Wiener Philharmoniker, with whom he conducted the prestigious New Year’s Day concert in 2020, broadcast to millions across the world. This summer, Nelsons will also be conducting the Festspielorchester Bayreuth in Bayreuth, followed by the orchestra’s first European tour with performances in Paris, Riga, and throughout Germany.

Andris Nelsons has an exclusive recording relationship with Deutsche Grammophon, which has paved the way for three landmark projects with the Boston Symphony Orchestra, the Gewandhausorchester Leipzig and the Wiener Philharmoniker. Nelsons and the BSO partner on recordings of the complete Shostakovich symphonies and the opera Lady Macbeth of the Mtsensk District – this cycle is already the recipient of four Grammy awards in the categories Best Orchestral Performance and Best Engineered Album. Furthermore, Nelsons and the Gewandhausorchester continue their critically acclaimed Bruckner symphonic cycle under the Yellow Label. Both cycles released their fifth instalments in 2021. Nelsons’ recordings of Beethoven’s complete symphonies with the Wiener Philharmoniker, in celebration of the composer’s 250th birthday, were released by Deutsche Grammophon in October 2019. 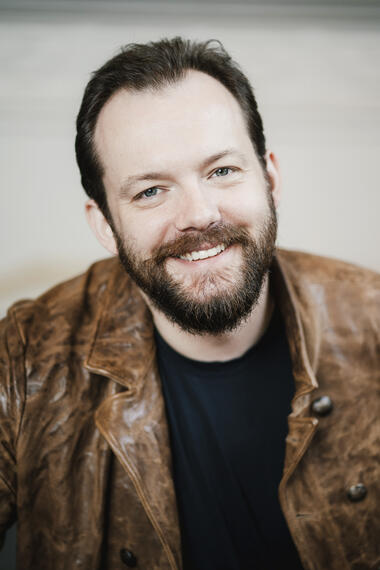