A combination of musical sensitivity, superlative technique and strong stage presence marks Elena Pankratova out from among a new generation of dramatic sopranos. The spectacular success of her first Dyer's Wife in Strauss’s Die Frau ohne Schatten at the Florence May Festival in 2010 under the direction of Maestro Zubin Mehta proved an important breakthrough for her career that also succeeded in invitations from such renowned theatres as La Scala (2012), Teatro Colón in Buenos Aires (2013), the Bavarian State Opera (2013, 2014, 2017), the Royal Opera House Covent Garden (2014), the Royal Danish Opera (2015) and the Berlin State Opera Unter den Linden (2018). Her rendition of the Dyer’s Wife in all of these theatres was met with enormous success.

Elena Pankratova is the first Russian dramatic soprano in the 140-years history of the Wagnerian festival in Bayreuth, where since 2016 she sings Kundry in Parsifal (DVD & Blu-ray by Deutsche Grammophon) and from 2019 also Ortrud in Lohengrin.

Highlights in Miss Pankratova’s career include Odabella in Verdi’s Attila at La Scala and in Mariinsky Theater in St. Petersburg, Elektra at the Vienna State Opera, in Concertgebouw, in Semperoper Dresden, in Lyon, in Naples, at the Enescu-Festival in Bucharest, at the Mariinsky Theater, at the Alte Oper in Frankfurt and at the Konzerthaus in Dortmund, Turandot at the State Opera of Vienna, in Bonn, Bologna, Florence, Naples, Zhuhai (China), Tel Aviv, in Mariinsky Theater and in Barcelona, Kundry at the Dutch National Opera in Amsterdam and at the Deutsche Oper in Berlin, Venus at the Bavarian State Opera and in the NHK Hall in Tokyo, Sieglinde in Semperoper Dresden, in Florence and in Mariinsky Theater, Leonore in Fidelio in Geneva, in Seville and in Bilbao, Leonora in Il Trovatore in Stuttgart, Dortmund and Moscow, Amelia in Un ballo in maschera at the State Opera of Vienna, at the Savonlinna Opera Festival (Finland) and in different Theatres of Germany, Ortrud at The Deutsche Oper in Berlin and at La Monnaie in Brussels, Tosca at The Bridgewater Hall in Manchester, the Ludwigsburg Festival, in Frankfurt, Stuttgart, Oslo and in Savonlinna, Ariadne in Bonn and in Munich, Norma in Düsseldorf, Basel and in Mariinsky Theater, Senta in Der fliegende Holländer in Semperoper Dresden, in Frankfurt, Cologne and in Savonlinna, Saffi in J. Strauß’s Der Zigeunerbaron at the Operetta Festival at Mörbisch (Austria), Leonora in La Forza del Destino in Mariinsky Theater, at the Nationaltheater Mannheim and at Theater Bremen, Rosalinde at the Alte Oper in Frankfurt and the Bavarian State Opera, Abigaille in Nabucco in Frankfurt, Rotterdam, Den Haag, Bavarian State Opera and Mexico City.

Born in Yekaterinburg, one of the largest industrial and cultural centres of Russia, Elena Pankratova initially studied conducting and piano in her native city before graduating (with honours) as a singer, actor and voice teacher from the St. Petersburg State Conservatory. She was winner of several international singing competitions in Italy and Spain and worked for years with the great soprano Renata Scotto, polishing her roles in the Italian repertoire.

Elena Pankratova’s future engagements include: Kundry and Ortrud in Bayreuth, Fidelio in Dresden, Sieglinde in Concertgebouw, Santuzza in Barcelona and in Chicago, Brünnhilde (Siegfried) in London, the new production of Elektra with Dmitri Tcherniakov in Hamburg, as well as Turandot at the State Opera in Vienna and in Berlin. 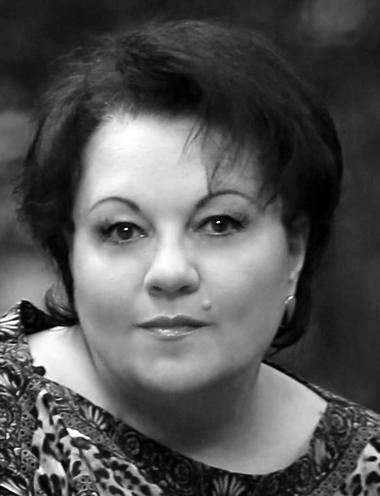