Richard Wagner's great-granddaughter has been joint director of the Bayreuth Festival together with her half-sister Katharina Wagner since 1 September 2008.

Eva Wagner-Pasquier was born in 1945 in Oberwarmensteinach near Bayreuth as the oldest daughter of Wolfgang Wagner and his wife Ellen, née Drexel. In 1967 she became the personal assistant of her father, sole director of the Bayreuth Festival, and was responsible among other things for the casting in Patrice Chéreau's production of the Ring cycle in 1976. Outside the festival season she assisted August Everding in London (Salome) and Otto Schenk at the Vienna State Opera (Don Carlos, Der Besuch der alten Dame). In London she was a member of the New Philharmonic Chorus, which at that time was directed by Wilhelm Pitz. After a brief spell as a trainee at the Robert Schulz artists agency in Munich in 1971, in 1972 she joined the artistic management staff of the Vienna State Opera.

From 1973 to 1984 Eva Wagner-Pasquier was an executive at Unitel Films in Munich where she oversaw more than 35 opera productions. From 1984 to 1987 she worked as an opera director at the Royal Opera House Covent Garden in London, and from 1989 to 1993 she was director of programming at the newly founded Opéra Bastille in Paris.

From 1993 to 1995 she was an artistic consultant at Houston Grand Opera, Texas, after which she worked in the same capacity at the Théatre du Châtelet in Paris from 1994 to 1998 as well as the new Teatro Real in Madrid with Stéphane Lissner from 1996 to 1997. Since 1996 Eva-Wagner-Pasquier has been senior artistic consultant to the New York Metropolitan Opera, and until 2009 artistic adviser of the Festival d'Aix-en-Provence and of the Académie européenne which is attached to the festival.

In recognition of her work she has been made Chevalier de l'Ordre des Arts et des Lettres. She is honorary chair of the Richard Wagner Society of Paris, member of the Bologna Music Academy, and founding member of the Louis Vuitton Foundation (later Orcofi). In the year 2010 Eva Wagner-Pasquier was honoured with the most senior award of France becoming Cevalier de la Légion d'Honneur.

Eva Wagner-Pasquier is married to the film producer Yves Pasquier. Their son Antoine Amadeus is a video artist. 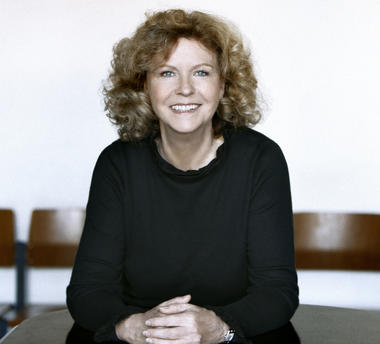