During the course of a stage career that has spanned more than twenty years, Franz-Josef Selig has established himself on the international arena as one of the most well known performers of serious bass parts – particularly Gurnemanz, King Marke, Sarastro, Rocco, Osmin, Daland, Fiesco and Fasolt.

The past season brought Franz-Josef Selig, amongst other venues, to London (Magic Flute under Sir Colin Davis), Vienna (Parsifal under Ingo Metzmacher), New York (Wagner Ring cycle under James Levine), to Munich for a new production of Fidelio by Calixto Bieito and the revival of the Magic Flute and finally again to the Salzburg Festival in summer 2011, where he appeared as Komtur (Don Giovanni) under Yannick Nézet-Séguin and also as Bartolo (Le Nozze di Figaro) under Robin Ticciati.

The basso started the season 2011/12 as Arkel in Débussy's Pelléas et Melisande: In the production of Bob Wilson he first sang at the Teatro Real in Madrid under Sylvain Cambreling and then under Philippe Jordan at the Opéra de Paris-Bastille. Furthermore he performs at the Metropolitan Opera New York in Wagner's Ring. In the summer of 2012 Franz-Josef Selig will make his debut at the Bayreuth Festival.

Despite his worldwide concert and opera engagements Franz-Josef Selig still finds time for recitals. Together with Gerold Huber he presents himself with Schubert's Winterreise in the beginning of 2012 in the Beethoven-Haus in Bonn. A favourite project of the singer is the Liedertafel with Markus Schäfer, Christian Elsner and Michael Volle, as well as Gerold Huber as pianist. This quintet has also released a CD at the label Orfeo. His affinity to Ancient Music can be seen in the cooperation with Nikolaus Harnoncourt and the concentus musicus Wien, with Philippe Herreweghe, René Jacobs or the Akademie für Alte Musik Berlin. 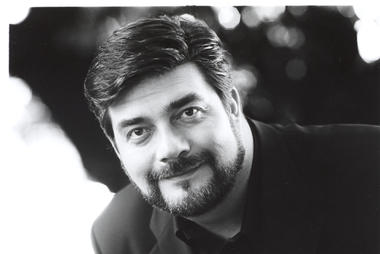