Marek Janowski is one of the great masters and exponents of the music of the German tradition. He is recognised throughout the world for his interpretation of repertoire including Wagner, Strauss, Bruckner and Brahms, Hindemith and the Second Viennese School, and has an extensive and distinguished discography in this repertoire. His Wagner opera cycle with the RSB in Berlin’s Philharmonie set a new standard of performance in concertante opera. This project culminated in performances of the Ring Cycle in the 12/13 season. The complete cycle of the Wagner operas was recorded live on Pentatone.

Marek Janowski has been Artistic Director of the Rundfunk-Sinfonieorchester Berlin since 2002 and during his tenure, has built the orchestra into a world class ensemble.

In 2016 and 2017 Marek Janowski will conduct Wagner’s Ring Cycle at the Bayreuth Festival.

Born in Warsaw and educated in Germany, Marek Janowski’s artistic path led him from Assistant positions in Aachen, Cologne, Düsseldorf and Hamburg to his appointment as General Music Director in Freiburg im Breisgau (1973-75) and Dortmund (1975-79). Whilst in Dortmund, his reputation grew rapidly and he was invited to conduct in many of Europe’s leading opera houses. There is not one world-renowned opera house where he has not been a regular guest since the late 1970s, from the Metropolitan Opera New York to the Bayerischer Staatsoper Munich; from Chicago and San Francisco to Hamburg; from Vienna and Berlin to Paris.

Marek Janowski stepped back from the opera scene in the 1990s in order to concentrate on the great German symphonic repertoire. He now enjoys an outstanding reputation amongst the premier orchestras of Europe and North America and is recognised for his ability to create orchestras of international standing.

Between 1984 and 2000, as Musical Director of the Orchestre Philharmonique de Radio France, Marek Janowski took the orchestra to a position of pre-eminence in France, as well as abroad. From 1986 to 1990, in addition to his position in Paris, Janowski held the title of Chief Conductor of the Gürzenich-Orchester in Cologne and between 1997 and 1999, he was also First Guest Conductor of the Deutsche Symphonie-Orchester Berlin. From 2000 to 2005 Janowski served as Music Director of the Orchestre Philharmonique de Monte-Carlo, and from 2001 to 2003 he also held the position of Chief Conductor with the Dresdner Philharmonie.

Marek Janowski has made many recordings over the past 30 years, including many complete operas and symphonic cycles, many of which have been awarded international prizes. To this day, his recording of Richard Wagner’s complete tetralogy the Ring Cycle with the Staatskapelle Dresden (1980-83) remains one of the most distinguished and musically interesting recordings that has been made of this work. His Bruckner cycle with the Orchestre de la Suisse Romande, recorded for Pentatone has also been accorded high praise and of Bruckner Symphony No.3, Resmusica wrote, “After the extraordinary mixed delirium of the first movement, the inspired Marek Janowski offers a second movement full of colour. With a grand, magnificent string section, the German conductor offers music of overwhelming emotion. What intensity, what beauty and what magnificent clarity in the continuity of the musical discourse” (Jacques Schmitt). With the final release (Götterdämmerung) in November 2013, Marek Janowski’s complete Wagner cycle for Pentatone was described by the Guardian as “the most ambitious recording project marking this year's bicentenary”. 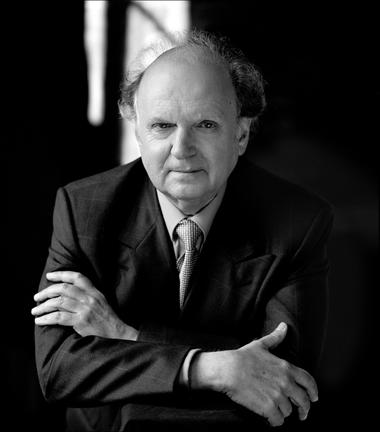