Ekaterina Gubanova, the “gorgeous-voiced Brangäne” (bachtrack) is one of the most renowned mezzo-sopranos of our time. Born in Moscow she first studied piano before being trained as an opera singer at the Moscow Tchaikovsky Conservatoire, the Sibelius Academy in Helsinki and as a member of the Young Artists Program at the Royal Opera House in London.

As early as in 2005 she sang Brangäne in Wagner’s Tristan und Isolde in Paris with a captivating youthfulness in her voice and at the same time an incredible technical maturity. After this overwhelming success Ekaterina Gubanova has met the highest expectations and performed the great roles of the Verdian and Wagnerian mezzo repertoire on the most important stages in the world including, among many others, the Metropolitan Opera, the Teatro alla Scala, Covent Garden, Bayerische Staatsoper or Teatro Real Madrid. She appears regularly at renowned opera festivals like the Chorégies d’Orange, the Maggio Musicale Fiorentino, the Baden-Baden as well as the Bayreuth festival.

Besides Brangäne her extensive repertoire includes roles such as Fricka in Das Rheingold and Die Walküre, Venus in Tannhäuser, Eboli in Don Carlo, Amneris in Aida, Marguerite in Berlioz’ La Damnation de Faust, Iokaste in Oedipus Rex or Judith in Duke Bluebeard’s Castle, just to name but a few.

Ekaterina Gubanova made her Japanese debut in Tokyo with a performance of Verdi’s Requiem, conducted by Riccardo Muti. Since then she has worked with Maestro Muti and the Chicago Symphony Orchestra on many other occasions. Furthermore she sang under the baton of Daniel Barenboim, Zubin Metha, Esa-Pekka Salonen, James Levine or Valery Gergiev.

Most recent highlights in Ekaterina Gubanova’s career include Eboli in Don Carlo at the Bolshoi Theatre in Moscow, Venus in Tannhäuser at the Semperoper Dresden and Dutch National Opera, Fricka in Walküre at the Teatro di San Carlo Naples and Amneris in Aida at the Wiener Staatsoper. Future engagements include concerts with Mahler’s 2nd and 3rd Symphony in Lisbon and at the renowned Verbier Festival or Verdi’s Requiem in London and she will show her impressive stage presence performing Tristan in Washington, Bologna, Berlin and New York, Rheingold and Die Walküre in Berlin and Paris and again Aida in Vienna. 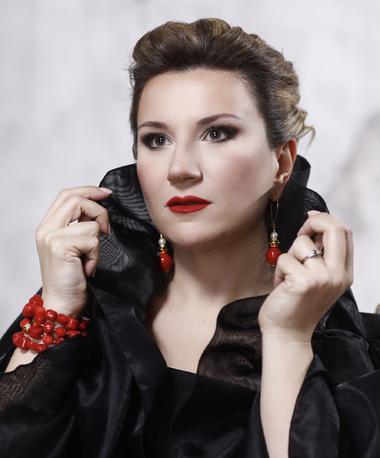