The german soprano Christiane Kohl was born in Frankfurt a. M. She received her first voice lessons at the age of 14 during a two-year-long stay in the United States. After highschool she startet to study classical singing at the renowed University of Music „Mozarteum“ in Salzburg, Austria with the Kammersängerinnen Lilian Sukis and Elisabeth Wilke.

While still at university she made her stage debut at the Salzburger Festspiele 2000 as 1st priestess in Iphigenie en Tauride. In 2001 she won a first prize and several additional prizes at the „Belvedere“- Singing-Competition in Vienna. As a result of that she starred as Letitia in The old maid and the thief at the Wiener Kammeroper in the fall of 2001 in honor of Gian Carlo Menottis 90th birthday in the presence of the composer.

2002 marked the beginning of her operatic career as she was asked to join the ensemble of the Opernhaus Zürich, Svitzerland. There she sung many roles, progressing from light lyric-coloratura parts like Elvira / L`italiana in algeri, Lisa / La sonnambula, Soeur Constance / Dialogues des Carmelites  to full lyric parts like 1st Dame / Die Zauberflöte, Gretel / Hänsel & Gretel, Musetta / La boheme to finally lirico-spinto roles like Helmwige and 3rd Norn in Der Ring der Nibelungen.  Christiane Kohls biggest success in Zürich was her portraial of Christine in Richard Strauss' rare opera Intermezzo in the direction of Jens-Daniel Herzog under the baton of Peter Schneider, for which she won much international acclaim.

2009 marked a turning point for the young soprano as she went free-lance and made her debut at the Bayreuther Festspiele as Woglinde and Waldvogel in the Ring under Christian Thielemann and 1st Blumenmädchen in Parsifal under Daniele Gatti. She returned to Bayreuth in the years of 2010, 2011 and 2012. In 2013 she sang Helmwige and 3rd Norn in the new production of the Ring in the direction of Frank Castorff and with the conductor Kirill Petrenko.

From 2009 on she sang among other projects Lisa (Das Land des Lächelns) at the Volksoper Wien, Woglinde in Der Ring des Nibelungen at the Deutsche Oper Berlin, Hanna Glawari in The merry widow in Kiel, Helmwige (Der Ring des Nibelungen) in Frankfurt, Contessa Almaviva (Le Nozze di Figaro) in Klagenfurt, Marie (The bartered bride) at the Komische Oper Berlin, 1st Blumenmädchen (Parsifal) at the Theatre des Champs-Elysees in Paris as well as Bruckners F-minor mass at the Tonhalle Zürich and Verdis Requiem at the Laeiszhalle, Hamburg.

In 2011 she joined the ensemble of the Opernhaus Dortmund and sang her first Senta (Der fliegende Holländer) which prooved to be a huge success. There she also sang the title role in Berthold Goldschmidts seldomly played opera Beatrice Cenci as well as Mimi (La bohème), Hanna Glawari and Contessa Almaviva. 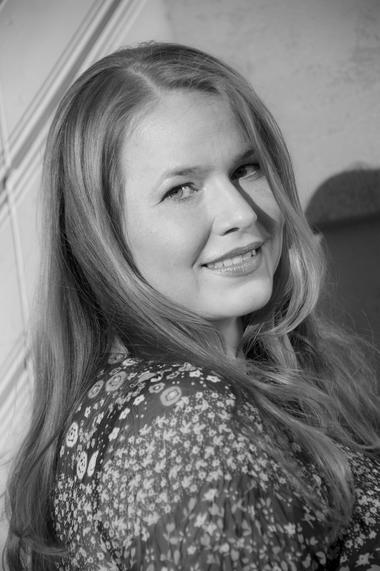