Christa Mayer received her vocal training at the Bavarian Singing Academy and the Munich Academy of Music, graduating in 2001 with a master class diploma. Already during her studies she was awarded numerous prizes, among them a prize at the ARD International Competition in Munich.
Since 2001 Christa Mayer has been a member of the ensemble at the Saxon State Opera in Dresden. Here she made successful role debuts as Erda (Das Rheingold and Siegfried), Fenena (Nabucco), Suzuki (Madama Butterfly), Quickly (Falstaff), Ottavia (Poppea), Orlando (Orlando), Baba (The Rake's progress), Adelaide (Arabella), Gaea (Daphne), Jezibaba (Rusalka), Countess Geschwitz (Lulu).
In the Semper Opera's Ring cycle, Christa Mayer appeared as Erda and Waltraute (Götterdämmerung) under the direction of Fabio Luisi (2006).

In 2008 Christa Mayer made her debut at the Bayreuth Festival under the baton of Christian Thielemann as Erda and Waltraute - and was subsequently invited back to Bayreuth for the same roles in 2009 and 2010.

With outstanding international success, Christa Mayer sang Brangäne in Bayreuth's Tristan. At the New National Theatre in Tokyo she took on the role of Erda. At the 2016 Salzburg Easter Festival she appeared in Otello (Emilia) and the Missa solemnis conducted by
Christian Thielemann, and in 2017 she took on the role of Fricka in the Salzburg Walküre, also under Thielemann. In Mathis der Maler (under Simone Young) in Dresden, she sang the Countess. Christa Mayer's interpretation of Didon in Dresden was a particular personal success. interpretation of Didon in the new Dresden production of Berlioz' Les Troyens. With the Bayreuth Festival, Christa Mayer made a guest appearance as Fricka in Abu Dhabi, and she returned to Salzburg as Magdalene in Die Meistersinger. Under the direction of Jaap van Zweeden, Christa Mayer sang Fricka in Walküre in Dallas.

In the summer of 2019, Christa Mayer was again Brangäne in Bayreuth. The BBC Symphony Orchestra London invited Christa Mayer to concerts with Glanert's Requiem, and under Christian Thielemann the artist sang Waldtaube in Gurrelieder in Dresden. Christa Mayer also performed this role with the KBSSO in Seoul.
In the 2020/21 season, Christa Mayer sang Clairon in the new production Capriccio at the Semperoper. Also in 2021, she appeared at the Bayreuth Festival as Fricka in Walküre, gave concerts at the Philharmonie de Paris, the Konzerthaus Wien, the Brucknerhaus Linz, the Megaron Athens and the Salzburg Festspielhaus.
In the 22/23 season, the singer will make her debut as Amneris in Aida at the Semperoper Dresden, give a guest performance as Brangäne at the Vienna State Opera and sing Mahler's Lied von der Erde under the baton of Axel Kober as well as the alto part in Mahler's 3rd Symphony. Symphony in Dresden, Leipzig, Hamburg and Vienna under the baton of Christian Thielemann. 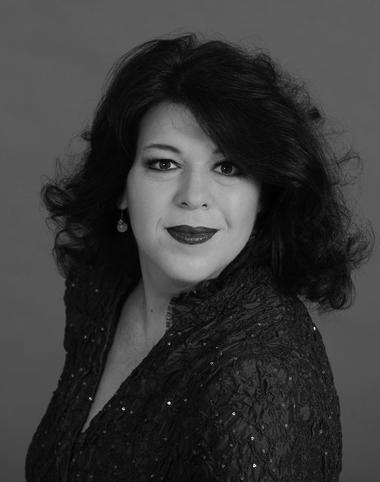