Andreas Schager studied at the University for Music in Vienna and currently studies with Heidrun Franz Vetter in Berlin. Whilst still studying, he made his operatic debut as Ferrando in Così fan tutte at the Schlosstheater Schönbrunn. During the following years he sang at several important theaters and festivals including Koblenz, Frankfurt, Vienna (Festival), Bologna, Amsterdam, Gent, Antwerp, Cologne, and Toronto.

In summer 2009, Schager made a very significant step in his career, moving to a more dramatic repertoire. He made his highly regarded debut at the Tiroler Festspiele Erl as David in Richard Wagner’s Die Meistersinger von Nürnberg.
Since then, he performed the roles of Florestan/Fidelio, Max/Der Freischütz, Rienzi/Rienzi, Tristan/Tristan und Isolde, and Siegfried in both Götterdämmerung and Siegfried. Further engagements led him to renowned houses such as Deutsche Oper and Staatsoper Berlin, Teatro Real Madrid, Hamburgische Staatsoper, Teatro dell’Opera Rome, and Teatro alla Scala Milan. As a concert singer, Schager sang the tenor parts in Mahler‘s Das Lied von der Erde (Hamburg NDR) and Beethoven’s 9th Symphony in Ravenna, Bonn, Tokyo, and Berlin.

His appearances as Siegfried/Götterdämmerung at Staatsoper Berlin, at BBC Proms 2013 in London, and at the Teatro alla Scala under Daniel Barenboim were highly acclaimed by press and audience and resulted in his international breakthrough.

The most recent highlights on the opera stage include Fidelio, Parsifal, Siegfried and Götterdämmerung at Staatsoper Unter den Linden Berlin under Daniel Barenboim, Siegfried/Götterdämmerung at Dresden‘s Semperoper under Christian Thielemann, Tannhäuser at Deutsche Oper Berlin, at Vienna’s State Opera Apollo/Daphne under Simone Young as well as Max/Der Freischütz under Tomáš Netopil, and the title role in Parsifal at the Bayreuther Festspiele 2017-18, at Hamburgische Staatsoper and at Opéra Bastille.

In addition to his outstanding operatic success, Andreas Schager is also active as a concert singer. Highlights of the past years include performances with the Cleveland Orchestra under Franz Welser-Möst in Cleveland and at Carnegie Hall, Gurrelieder at Philharmonie de Paris and Beethoven’s 9th at Vienna’s Konzerthaus with the Vienna Philharmonic Orchestra, both under Philippe Jordan, Mahler’s 8th under Riccardo Chailly in Lucerne, as well as Beethoven’s 9th with Marek Janowski and the Rundfunksinfonieorchester at Berlin’s Konzerthaus.

Upcoming engagements include his debut as Siegfried in the Ring at the Metropolitan Opera as well as Tristan at Opéra national de Paris, both with Philippe Jordan at the conductor’s stand, Lohengrin at Vienna State Opera with Simone Young, Siegfried/Ring at Staatsoper Hamburg under Kent Nagano, Tristan with Daniel Barenboim at Staatsoper Unter den Linden, Apollo/Daphne at Opera Frankfurt under Sebastian Weigle, and his return to the Bayreuther Festspiele as Parsifal in 2019. 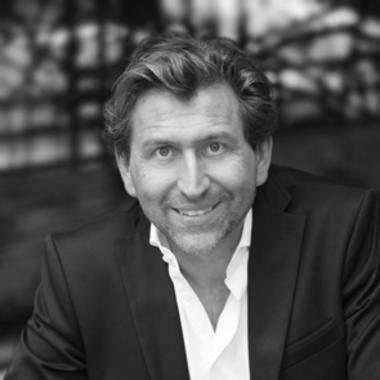