Alejandro Marco-Buhrmester gained his earliest stage experiences whilst studying first, at the Conservatory of Music and Theater in Bern, and later at the Opera Studio of the Music Academy in his hometown, Basel. He made his professional debut in 1988 as Marcello in La Boheme, for the Städtebundtheater Biel-Solothurn where he subsequently performed a number of other roles.

1989 saw him join the Aalto Theatre in Essen where he remained until joining the Theatre Dortmund for three seasons from 1992. In 1995, Harry Kupfer brought him to the Komische Oper Berlin where he stayed for four years in the permanent ensemble and where he continued to appear as a guest until 2005. In 2014, Marco-Buhrmester returned to the Komische Oper in the roles of the four villains in Offenbach's The Tales of Hoffmann.

In 1999, the General Music Director Peter Kuhn brought Marco-Buhrmester to the Theatre Bielefeld where he was able to work through many of the signature roles that constitute the baritone repertoire.

His Bayreuth debut came in 2001 in Die Meistersinger von Nürnberg. The production, which was Wolfgang Wagner's last, was conducted by Christian Thielemann under whose baton, Marco-Buhrmester went on to appear in 2002 in Tannhäuser. His debut as Amfortas in 2004, in Christoph Schlingensief's Parsifal under the direction of Pierre Boulez, was followed in 2006 by the role of Gunther, again conducted by Christian Thielemann. 2013 Marco-Buhrmester return to Bayreuth as Gunther.

His international career has taken him to an impressive array of the world's most notable opera houses. He has regularly guested at the Staatsoper Berlin, performing both in La Traviata as Germont and as Kothner in Harry Kupfer's Die Meistersänger von Nürnberg. At the Deutsche Oper Berlin, he appeared in Götz Friedrich's Tristan and Isolde as Kurwenal, a role which has taken him to the Opera National de Paris Bastille, to the Ruhrtrinalle and to his debut at the Teatro Real in Madrid. It was there, in 2011, in his father's hometown, that Marco-Buhrmester met his most formidable professional challenge to date, in the title role in Oliver Messiaen's Saint Francoise D'Assise. In Toronto, he performed as Germont in La Traviata and as Miller in Luisa Miller. The roles of Falke in Die Fledermaus and Gunther in Götterdämmerung, as well as a number of concert programs, have all taken him to Japan.

He will return this year as Gunther to the Nederlandse Opera where he has previously appeared as Guy de Monfort in Verdi's Vepres Siciliennes, as Don Giovanni and as Amfortas. He recently made his debut at the Bavarian State Opera in Munich as Peter Besenbinder, the father in Hänsel and Gretel.

Forthcoming projects include Jupiter in Richard Strauss' Die Liebe der Danae with Sebastian Weigle, Götterdämmerung with Kirill Petrenko at the Bavarian State Opera as well as further concerts in Japan. 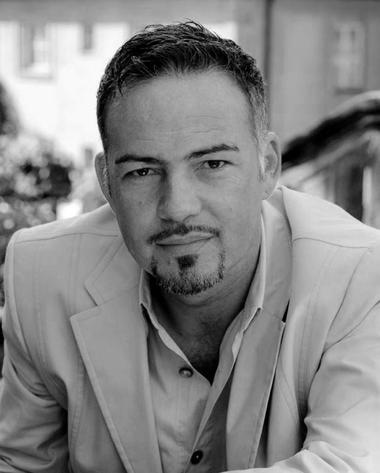