After his sensational success as Alberich, Jochanaan, Wotan/Wanderer in the Jubiläumsring 2013 and also as Jack Rance/La Fanciulla del West - the opening premiere of the 2013/14 season at the Vienna State Opera - Tomasz Konieczny performed many of the important roles of his repertoire at the Vienna State opera - Cardillac, Jochanaan and Telramund. Over the next few years Konieczny made guest appearances at the Metropolitan Opera, the Bayreuth Festival and the Teatro Real Madrid.

Tomasz Konieczny was born in 1972 in Łódź/Poland and studied acting at the Film Academy there. He worked as an actor in the theatre and was involved in various film and television productions. He began his vocal studies at the Fryderyk Chopin Academy in Warsaw and continued his studies at the Hochschule für Musik in Dresden in the class of Prof. Christian Elßner. He was a prizewinner at the 33rd International Dvorak Singing Competition 1998 in Karlovy Vary.

He made his debut as a singer in 1997 at the opera Posen/Poland with Figaro/Le nozze di Figaro. Various engagements have led Konieczny to Leipzig, St. Gallen, Chemnitz and Mannheim, where he became a permanent member of the ensemble at the Nationaltheater Mannheim in 2002 and where he was also awarded the Arnold Petersen Prize, a special distinction for talented young artists. In 2005 he sang Osmin/Die Entführung aus dem Serail at the Deutsche Oper am Rhein and in 2006 Wotan/Das Rheingold. From 2006 to 2014 he was part of the ensemble at this theatre, and he sang roles such as Golaud/Pelléas et Mélisande, Amfortas/Parsifal, Kurwenal/Tristan und Isolde, Holländer/Der fliegende Holländer, Barak/Die Frau ohne Schatten, Balstrode/Peter Grimes, Selim/Il Turco in Italia, Falstaff and Escamillio/Carmen.

Since 2006 he has sung regularly at the Budapest Wagner Festival and succeeded with roles such as: Amfortas and both 2007 and 2009 Wotan/Die Walküre, Wanderer 2010 and Kurwenal 2010/11. In 2008 he made a celebrated debut as Alberich/Das Rheingold and Siegfried at the Semperoper Dresden, where he subsequently sang Alberich/Das Rheingold and in 2016 Telramund/Lohengrin under the baton of Christian Thielemann with huge success. At the Teatro Real Madrid he performed as Dr. Kolenatý/The Makropulos Affair. In 2010 he also made his debut as The Four Villains in the premiere of Offenbach's The Tales of Hoffmann at the National Theatre in Prague, where he celebrated a major artistic success as Amfortas in the premiere of Parsifal in 2011. In April 2010 he made his brilliant debut as Alberich/Der Ring des Nibelungen at the Deutsche Oper Berlin. In 2011 he made his debut at the Opéra National de Paris (as Biterolf/Tannhäuser), where he celebrated a spectacular success as Telramund/Lohengrin in 2017. In 2012 Konieczny made his debut as Pizarro/Fidelio at the Kennedy Center with the National Symphony Orchestra Washington and at the Bavarian State Opera in Munich, and in summer 2012 at the Salzburg Festival, where he sang a sensational Stolzius in Zimmermann's Die Soldaten. In 2016 he again celebrated a great success in Salzburg as Jupiter in Strauss' Die Liebe der Danae under the baton of Franz Welser-Möst.

In 2013, two important recordings of Wagner's Der Ring des Nibelungsen were released; one under the direction of Marek Janowski at Pentatone, in which Konieczny interprets the role of Wotan. In the other recording (Deutsche Grammophon), conducted by Christian Thielemann, Konieczny sings the role of Alberich. Both recordings were highly praised by the press. Another recording of Das Rheingold conducted by Sir Simon Rattle with Konieczny as Alberich was released in 2015. The DVDs/Blu-rays of Lohengrin (Thielemann/Beczala/Netrebko/Konieczny) and Die Liebe der Danae (Welser-Möst/Stoyanova/Konieczny) were released in 2017.

At the beginning of 2014 Konieczny made his brilliant debut as Jochanaan/Salome at Carnegie Hall in New York and in November 2015 he celebrated a particularly important personal success as the title hero in Berg's Wozzeck at the Lyric Opera of Chicago. In May 2017, Konieczny made his debut at the Teatro alla Scala in Milan as Commendatore/Don Giovanni, in October at the Canadian Opera Company Toronto as Mandryka/Arabella, in January 2018 at the Théâtre du Capitole in Toulouse as Wotan/Die Walküre and in March 2018 at the New National Theatre in Tokyo with the Four Villains/ The Tales of Hoffmann. He made his debut as Telramund/Lohengrin at the opening of the 2018 Bayreuth Festival under the baton of Christian Thielemann, and immediately thereafter as Father/Hänsel und Gretel at the Edinburgh International Festival, as well as at the Festival Chopin and its Europe in Warsaw, with a lieder recital that accompanied the CD release of Schubert's Winterreise (with completely rewritten Polish texts by Stanislaw Baranczak). On 9 March 2019 Konieczny made his debut at the Metropolitan Opera New York as Alberich in Das Rheingold. Anthony Tommasini wrote in The New York Times: "The standout member of the cast was Tomasz Konieczny, a powerhouse bass, in a breakthrough Met debut as Alberich."

The Vienna State Opera has been Konieczny's artistic home since 2009. Here he sings roles such as: Jack Rance/La Fanciulla del West, Wotan/Der Ring des Nibelungen, Scarpia/Tosca, Mandryka/Arabella, Jochanaan/Salome, Telramund/Lohengrin, Pizarro/Fidelio and other important parts. The Viennese audience always applauds him enthusiastically. On 3 May 2017 the Council of Ministers confirmed that the granting of Austrian citizenship to Tomasz Konieczny is in the special interest of the Republic. On 16 January 2019 Tomasz Konieczny was officially appointed Austrian Kammersänger on the stage of the Vienna State Opera.

In season 2020/2021 Tomasz Konieczny will be singing Wanderer in Madrid and Cardillac in Warszaw, he is invited as Kreon/Oedipus Rex to Hamburg, he will perform Wotan and Wanderer in Budapest. At the  Bayreuth Festival  2021 he will be Telramund. 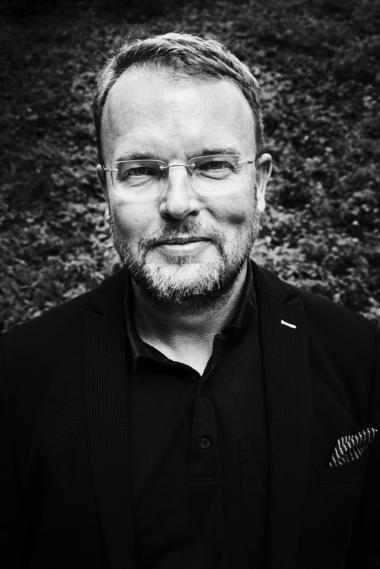