In 2013-14 at the Bayerische Staatsoper, Ms. von der Damerau is featured in roles such as Charlotte in a new production of Zimmermann’s Die Soldaten, Mary in Der fliegende Holländer, Suzuki in Puccini's Madama Butterfly, and in concert as soloist in Mahler’s Third Symphony with the Bayerische Staatsorchester under Kirill Petrenko at the Nationaltheater in Munich and the Konzerthaus in Berlin. Making two house debuts in one season, Berlin audiences can hear her at the Deutsche Oper Berlin as Floßhilde in Das Rheingold in performances conducted by Sir Simon Rattle and Donald Runnicles, as well as at the Staatsoper Berlin in the role of the Page in Salome under Zubin Mehta. In concert, she also appears in Munich as soloist in Beethoven's Ninth Symphony at the Philharmonie am Gasteig with the Chor und Orchester der KlangVerwaltung under Enoch zu Guttenberg. At the Bayreuth Festival in 2013 she sang celebrated performances as Floßhilde in Das Rheingold and the First Norn and Floßhilde in Götterdämmerung in Frank Castorf's production of Der Ring des Nibelungen conducted by Kirill Petrenko, and will return to Bayreuth in summer 2014. Highlights of future seasons include return engagements at the Bayerische Staatsoper, and her debuts with Teatro alla Scala, Oper Frankfurt, Lyric Opera of Chicago, and numerous concert engagements.

Ms. von der Damerau made her debut at the Bayerische Oper in Munich in the 2008-09 season and has been a permanent member of the ensemble since 2010-11. In past seasons she made an impression in Wagner roles such as Floßhilde in Das Rheingold, Grimgerde in Die Walküre, Mary in Der fliegende Holländer, and as Flower Girl in Parsifal. She has also taken the stage at the Nationaltheater as Hänsel in Humperdinck's Hänsel und Gretel, Third Lady in Mozart’s Die Zauberflöte, Dryad in Richard Strauss´ Ariadne auf Naxos, La Voix de la Tombe in Offenbach's Les Contes d'Hoffmann, Barmaid in Mussorgsky's Boris Godunov, Suzuki in Madama Butterfly, and Emilia in Verdi's Otello. She could also be heard as vocal soloist in performances by the Bavarian State Ballet featuring the music of Gustav Mahler´s Das Lied von der Erde, and Bruckner’s Te Deum with the Bavarian State Orchestra under Kent Nagano in concert at the Vatican in Rome.

In season 2006-07 Ms. von der Damerau joined the permanent ensemble of the Hannover State Opera, where she would remain through season 2009-10, singing roles such as Erda in Das Rheingold, Maddalena in Verdi´s Rigoletto, Third Lady in Die Zauberflöte and Suzuki, the world premiere of Ed Rushton’s Die fromme Helene. 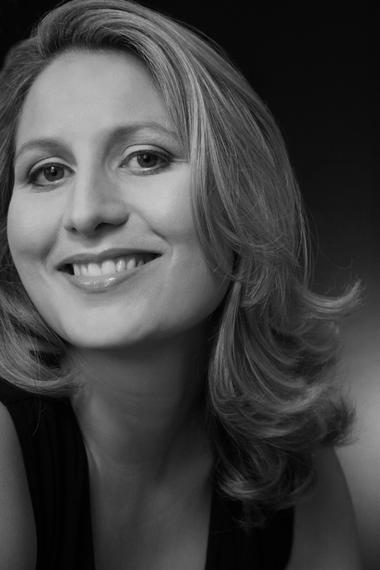