Meentje Nielsen, who was born in Hamburg, completed her stage design studies at the Berlin University of the Arts, graduating as a master student of Achim Freyer. Since then she has worked as a stage and costume designer, e.g. for the Berliner Ensemble, the DeutschesTheater Berlin and the Volksbühne Berlin with directors such as Fritz Marquardt, Thomas Heise, Ivan Stanev, Johanna Schall and others.
Since 2006 there has been a continuous collaboration with the directors David Bösch and Anselm Weber. This led her u. a. to the Schauspiel Essen, the Schauspielhaus Bochum, the Burgtheater in Vienna, the Residenztheater in Munich, the opera houses in Frankfurt , where she developed the costume design for Wagners The flying dutchman , Antwerp and Amsterdam, the Royal Opera House in Covent Garden in London. At the Bavarian State Opera she designed the costumes for Wagners Meistersinger von Nürnberg and at the Semperoper in Dresden for Verdis Nabucco.
At the Tiroler Landestheater, Meentje Nielsen developed the costume design for Leoš Janáček's opera ›Katja Kabanova‹, directed by Hermann Schneider, and at the Staatstheater Cottbus for Tchaikovsky's Mazeppa , directed by Andrea Moses.
At the Weimar National Theater she continues her collaboration with Andrea Moses and created the costumes for Berio's >Recital for Cathy< and for the drama opera Der Silbersee by Kurt Weill and Georg Kaiser which will have premiere in january 2023.
The collaboration with Hermann Schneider also continues at the Landestheater Linz with costumes for the premiere of Benjamin Button by Reinhard Febel opening in may 2023.
Directed by Jay Scheib she first designed the costumes for Ulisse/ non hay camino hay que caminar by Monteverdi/ Luigi Nono at the Darmstadt Opera in 2014, as well as for the premiere of the musical ›Bat out of Hell‹ by Jim Steinman in Manchester in 2017, which was then performed at the Westend in London and went on tour in the USA. 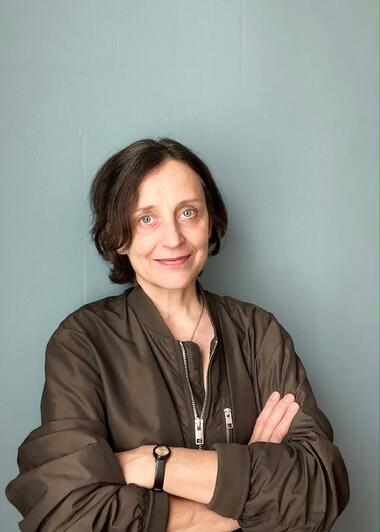