Jay Scheib. Born in Shenandoah, Iowa in 1969. Studied theater and comparative literature as well as fine arts / video and performance, later studying directing at Columbia University, School of the Arts in New York. With a New York-based ensemble, Jay Scheib & Co., Scheib began the development of an approach to contemporary performance which would draw together an improvisation-rich approach to physical performance with a live cinema, technology enhanced stage aesthetic. Scheib and his group staged both classics, including The Medea, Fidelio, Elektra after Euripides, the Montiverdi opera Il ritorno d'Ulisse in patria, Luigi Nono's No hay caminos, hay que caminar, Platonov, or the Disinherited after Chekhov, as well as his own newly developed original and adapted works like his Simuated Cities / Simulated Systems trilogy, and two live cinema Bergman adaptations – the Keeril Makan composed opera Persona, and the play The Silence.

Winner of the Evening Standard award for Best Musical in 2018, Scheib’s West End staging of Jim Steinman’s Bat Out of Hell, continues to tour internationally. In 2009 he was named best New York theater director by Time Out New York, and American Theater Magazine counted him among the 25 theater artists who are likely to shape American theater for the next 25 years. He is the winner of the OBIE Award for the best director of his Fassbinder adaptation Word of Wires and was given the renowned Guggenheim grant for his stage adaptation of Samuel Delany's epoch-making novel Dhalgren under the title Bellona, Destroyer of Cities. Scheib is professor for Music and Theater Arts at the Massachusetts Institute of Technology, where he directs the Theater Arts program. 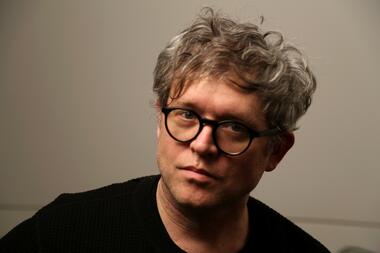