The greatest gift was given to Manni Laudenbach by his parents at the age of seven: A drum. He took music lessons and has been playing drums in various bands since his school days, with whom he covers rock titles from the 70s to 90s. After first appearances in commercials and music videos and as an extra at the Theater Bremen in Prokofjew's opera Der feurige Engel (director: Peter Konwitschny), Laudenbach took acting lessons at the Theater Osnabrück with Helmut Thiele. In 1998 he also appeared in Die Meistersinger von Nürnberg at Theater Bremen.

In 2000, the Bremen Shakespeare Company, under the direction of Rudolf Höhn, launched the inclusive acting project Pschyrembel. In the following years, Manni Laudenbach worked on three plays: So ein Theater (2002), Heimatruh (2004) and Meret - oder die Farbe der Blässe (2007). In 2003 Laudenbach gave the circus director in Kasimir und Karoline at the Theater Bremen. In 2005 he took on the role of detective commissioner in the inclusive dance project Kriminaltango. In 2006 he was "The Boy" in Beckett's Waiting for Godot at the Shakespeare Company and in 2011 "The Fool" in Woyzeck at the Vereinigte Bühnen Wien. Since 2015 Laudenbach can be experienced at the Shakespeare Company with the monodrama Ein Bericht für eine Akademie - ein Kafka-Abend (directed by Rudolf Höhn).

Manni Laudenbach took on film roles in St. Pauli Nacht (1998, directed by Sönke Wortmann), Rembrandt (1999, alongside Klaus Maria Brandauer) and Poem (2004, awarded a Grimme Online Award). Other roles in Finnish Tango (2009) by Eike Besuden, in the ZDF series SOKO Wismar (2009) and in the film adaptation of Horvath's Kasimir und Karoline (2011, directed by Ben von Grafenstein). Laudenbach also appeared in front of the camera in 2012 under the direction of Gernot Roll in Die kleine Lady. Once again he was circus director in Fünf Freunde 2 (2013), as well as in the ARD series Unter Gaunern (2015) and in the feature film Halbe Brüder. Mika Kaurismäki brought him to Mikael Nyqvist's side in 2015 for the internationally successful film The Girl King. In Paula, a film about the life of the artist Paula Modersohn Becker, Laudenbach played Bredow in 2016 under the direction of Christian Schwochow. Since 2015 he has appeared as "Scherz-Anwalt" Christian Witz in the ZDF Neo magazine Royal with Jan Böhmermann.

At the Komische Oper Berlin Manni Laudenbach has appeared in Blaubarts Burg as Cupido since 2018 (Director: Stefan Herheim). Since 2013 he can be seen in Der fliegende Holländer at the Staatsoper Stuttgart (director: Calixto Bieito). He makes his debut as Oskar at the Bayreuth Festival. 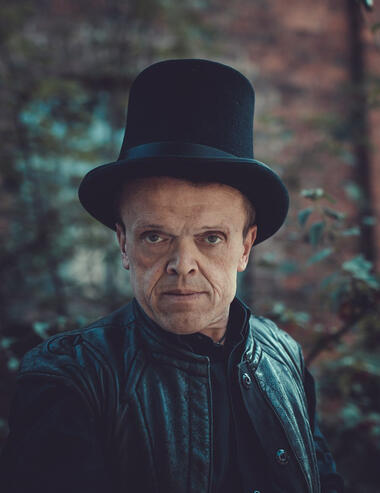