Jens-Erik Aasbø graduated at the Norwegian Academy of Music and the National Academy of Operatic Art in Oslo in 2011. Since then, he is soloist at Den Norske Opera where he could enlarge his repertoire with roles such as Sarastro, Bonzo (Madame Butterfly), Chief of Police (Lady Macbeth of Mzensk), Doctor Grenvil (La traviata), Basilio (Il barbiere di Siviglia), Masetto and Il Commendatore (Don Giovanni), Edelmann von Brabant (Lohengrin) as well as Cesare Angelotti (Tosca), Zuniga and Rocco. In 2017-18 season, he sang
Raimondo (Lucia di Lammermoor), Talpa (Il tabarro), Ratcliffe (Billy Budd), Kommissar (Der Rosenkavalier), but also in Lady Macbeth of Mzensk, Don Giovanni and La Traviata. He currently is preparing Hunding, König Marke, König Heinrich, and Baron Ochs.
In spring 2020 he should make his debut as a Pogner in the new production of the 'Meistersinger von Nürnberg' in Oslo. Postponed because of Corona, hopefully soon. The new production of the Bayreuth 'Ring des Nibelungen' has also been postponed to the
summer of 2022. Surprisingly, a concert performance of Act 1 'Die Walküre' came into the program of the Oslo Opera. There he will make his debut as Hunding in September 2020.
Recent guest engagements include Daland at Opera på Skäret, Der Wassermann (Rusalka) at Komische Oper Berlin as well as Fasolt (Das Rheingold) and Il Commendatore at Theatro Municipal de São Paulo. In 2019 he was able to inspire the international audience as Daland as part of the Tokyo Spring Festival alongside Bryn Terfel, Ricarda Merbeth and Peter
Seiffert. 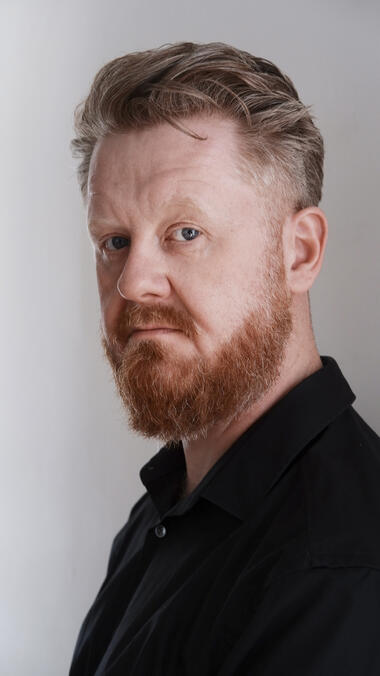