The bass Georg Zeppenfeld, who comes from the Westphalian town of Attendorn, first completed a teaching degree with the subjects of music and German studies. At the conservatories in Detmold and Cologne he received parallel training in concert and opera singing, concluding with Hans Sotin.

A key role is Sarastro (Die Zauberflöte), which he sang under Claudio Abbado in Baden-Baden. He has enjoyed success with this role not only at the Dresden Semperoper, but also at the San Francisco Opera, the New York MET, the Wiener Staatsoper, the Salzburger Festspiele (under Harnoncourt), the Royal Opera House Covent Garden in London, Oper Zürich and Bayerische Staatsoper.

He has already been a regular guest at the Bayreuth Festival since 2010 with the major bass roles in his repertoire. With his highly acclaimed role debut as Hans Sachs in Die Meistersinger von Nürnberg, he achieved a milestone in this summit role of the bass repertoire at the 2019 Salzburger Osterfestspiele under the baton of Christian Thielemann.

In the current season, he has been entrusted with roles including Sarastro (Die Zauberflöte), Rocco (Fidelio), Raimondo (Lucia di Lammermoor), Zaccaria (Nabucco) and Hans Sachs (Meistersinger) at the Semperoper in Dresden. At Oper Zürich he will once again take on the bass part in the staged performance of the Verdi Requiem. In Munich he can be heard as Gurnemanz (Parsifal) and at the Royal Opera House Covent Garden in a new production of Fidelio under Antonio Pappano as Rocco.

The singer's diverse and extensive oeuvre is documented on numerous CD and DVD releases as well as in radio and television productions by European broadcasters. 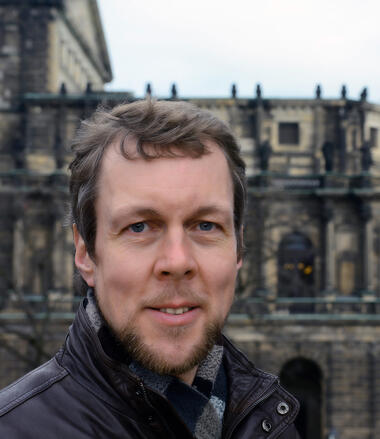