Christoph Marthaler was born in 1951 at Erlenbach on Lake Zurich. He studied music in Zurich and later at the Jacques Lecocq Institute in Paris. He began his professional career by working as a musician in a number of German-language theatres. From 1988 to 1993 he worked for the Basel Theatre, where in his first year he organized a project at Bad Station to mark the fiftieth anniversary of Crystal Night. It was called Ankunft Bad. Bahnhof. Two more projects followed: Wenn das Alpenhirn sich rötet, tötet, freie Schweizer, tötet (1989) and Stägeli uf, Stägeli ab (1990). In 1991 he directed his first play, a German translation of Eugène Labiche's L'affaire de la rue de Lourcine. From 1993 he worked at the Deutsches Schauspielhaus in Hamburg and at the Volksbühne on the Rosa-Luxemburg-Platz in Berlin, where he staged the 'patriotic play' Murx den Europäer! Murx ihn! Murx ihn! Murx ihn! Murx ihn ab! This production was also seen at the Berlin Theatre Festival. His other productions in Hamburg included Goethes Faust Wurzel aus 1+2, Die Stunde Null oder Die Kunst des Servierens and Die Spezialisten, all three of which were devised by Marthaler himself. During this period he also directed Horváth's Kasimir und Karoline in Hamburg. His work at the Volksbühne in Berlin included Straße der Besten: Ein Grundgang, Chekhov's Three Sisters and Offenbach's La vie parisienne. He directed his first opera in Frankfurt in 1994, Debussy's Pelléas et Mélisande, with the conductor Sylvain Cambreling, with whom he has often worked since then. Between 2000 and 2004 he was general administrator of the Zurich Schauspielhaus, which was twice voted Theatre of the Year during this period. His productions of As You Like It and Die schöne Müllerin were also seen at the Berlin Theatre Festival in 2001 and 2002 respectively and subsequently at the Ruhr Triennale as well as being nominated for the Nestroy Prize. The 2004/5 season saw the premières of his productions of Seemannslieder in Ghent and of Schutz vor der Zukunft at the Vienna Festival. Schutz für die Zukunft received the Nestroy Prize for Best Production. In 2007 Christoph Marthaler directed La traviata at the Opéra Bastille in Paris and Sauser aus Italien über Giacinto Scelsi at the Salzburg Festival. 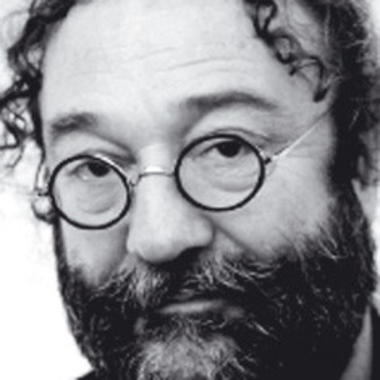