Alan Titus was born in New York and studied voice at the world famous Juilliard School. While studying there he sang a leading part in Leonard Bernstein's Mass under the direction of the composer at the inaugural concert of the Kennedy Center in Washington D.C.

His opera debut as Marcello (La Bohème) at Washington Opera was soon followed by guest appearances in major roles of the Italian, German and French repertoire at all the great American opera houses, including the Metropolitan Opera, New York.

In 1974 he made his debut as Pelléas (Pelléas et Melisande) in Amsterdam, after which he made regular appearances in Europe (e.g. Glyndebourne Festival). Since the 1980s he has focused career-wise on the great stages of the European continent. Since 1986 he has been a permanent guest at the Bavarian State Opera in Munich, where Wolfgang Sawallisch had a considerable influence on him, leading him to new roles with great success for six years and then, from the 1992/1993 season, to a new voice category, that of heroic baritone. He has returned to the Hamburg State Opera every season since 1985. Engagements at all the major opera houses in Europe followed, notably his debut at La Scala Milan in 1992 as Mandryka (Arabella) and at the Vienna State Opera in 1988. At these and other opera houses he has appeared as a permanent guest. In 1993 in Frankfurt am Main he gave his first performance as Hans Sachs, a debut that was hailed as outstanding in Germany and abroad. In 1994 he began a close collaboration with Giuseppe Sinopoli which remained intensive until the latter's death and had a formative influence on him artistically.

He was voted "Singer of the Year" by the specialist magazine "Opernwelt" in 1997 for his creation of the lead role in Verdi's opera Falstaff. He has also been active as a concert singer and his CD recordings provide ample testimony of his artistry and versatility. Since 1994 he has carried the title "Kammersänger of the Bavarian State Opera Munich". He made his debut at the Bayreuth Festival in 1998 as the Dutchman in Der fliegende Holländer, returning to the role in 1999.

In 2000 he won great acclaim on the Green Hill as Wotan/The Wanderer in Der Ring des Nibelungen under the musical direction of Giuseppe Sinopoli. After a four-year break he returned to the Festival in 2009 to sing Hans Sachs in Katharina Wagner's staging of Die Meistersinger von Nürnberg. 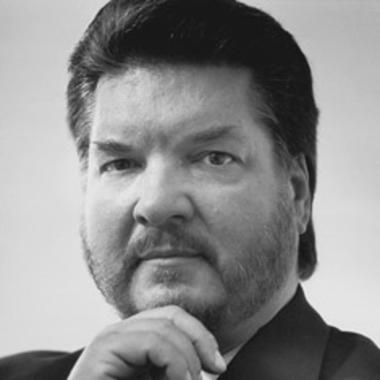