The Munich born and raised Tenor Vincent Wolfsteiner came late to singing. Following law studies at Munich university, he made his way via a work experience at a radio station to a university degree in sound engineering in the UK. After graduation there, he worked as the technical director of a Munich radio station and as the general manager of a Munich recording studio. In the year 2000, he moved to Boston, MA in the US, where he started taking first private singing lessons with William Cotten at NEC at the age of 35. Only a year and a half later, Mr. Wolfsteiner stood on stage at Granite State Opera, NH, in his first lead role - Rodolfo in La Bohème. His career then developed continously further, first in the spinto - later in the youthful-dramatic Fach. Roles like, Don José, Turiddu, Coraddo in Verdi´s Il Corsaro and Canio followed in engagements in Massachussets, New York, Florida and New Hampshire. During a collaboration at Sarasota, FL, Vincent Wolfsteiner became aquainted with Peter Leonard - the then designated general music director at Volkstheater Rostock, who offered him a Festengagement. While in Rostock, Mr. Wolfsteiner sang roles like the Prince in Love Of Three Oranges, Graf Zedlau in Wiener Blut, Max in Der Freischütz, Erik in The Flying Dutchman, Hans in The Bartered Bride and Des Grieux in Puccini's Manon Lescaut.

In the following years, Vincent Wolfsteiner worked freelance at Anhaltisches Staatstheater in Dessau, at Theater Gera/Altenburg, at the State Opera Hanover, at Theater Freiburg, at Staatstheater Darmstadt, at Oldenburgisches Staatstheater, at the Opera Festival in Heidenheim and at Komische Oper Berlin. Among other roles he sang Florestan, Aegisth, Bacchus, Piccolomini in Weinberger's Wallenstein, the Officer in Hindemith's Cardillac, Carlo Santos in Weill's Der Kuhhandel, the First Armoured Man and Siegmund.

With the season 2012/13, he became a fixed ensemble member of Staatstheater Nuernberg. There he sang Tristan, Andrea Chénier, Otello and Calaf. Also there he performed the lead tenor roles in all four operas of Wagner's Ring cycle.

With the season 2015/16 he transitioned as an ensemble member to the Oper Frankfurt. Here he sang until today, Siegfried in Siegfried and Götterdämmerung, Erik, Luigi, Tambour Major, Lohengrin and Peter Grimes. 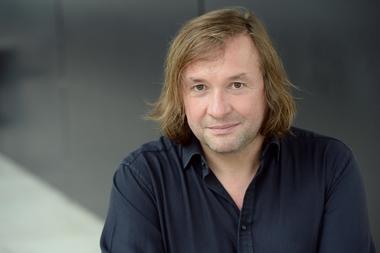