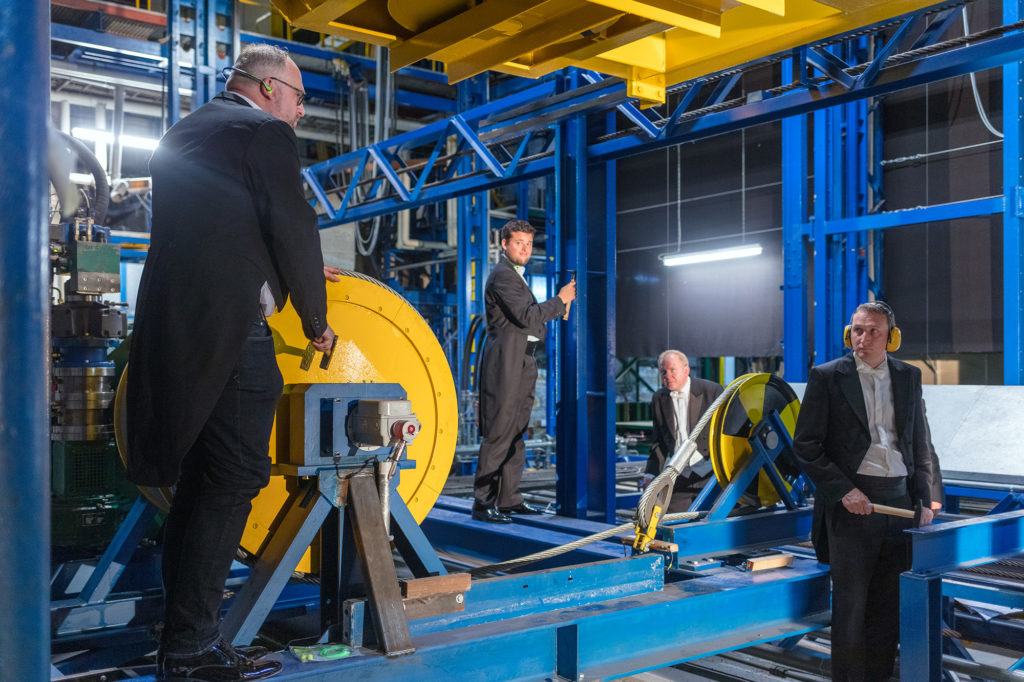 Today “Diskurs Bayreuth”, the supporting programme of the Bayreuth Festival, starts with an exciting discussion about music and politics. The conductor Daniel Barenboim and the writer Thea Dorn will talk about music, politics and society, about the political Richard Wagner and their very personal experiences with the conditions under which artistic creation is still possible in times of pandemic.

The series of talks “Hier gilt’s der Kunst – Wagner, Musik und Politik” (Here it’s all about art – Wagner, music and politics) deals with current questions: Can, must, should art be a statement on politics and current events? Is it not always? What can art achieve? Until 31 July 2020, a new issue will be published daily on the Bayreuth Festival website at www.bayreuther-festspiele.de/diskurs and the festival programme of BR Klassik at www.br-klassik.de. Other guests include Sir András Schiff, Martina Gedeck, Barrie Kosky, Dörte Schmidt, Dieter Grimm, as well as Björn Gottstein, Julia Spinola and Bernhard Neuhoff.

“The Loop of the Nibelung” by Simon Steen-Andersen, world premiere

“Diskurs Bayreuth” also stands for the artistic examination of the work and influence of Richard Wagner and has presented a world premiere every year since 2018 as a commissioned work of the Bayreuth Festival. Originally planned as a live performance in front of an audience during the festival, composer and media artist Simon Steen-Andersen used all the free space now available to him for a unique video production. Together with musicians from the Bayreuth Festival, he embarks on an audiovisual exploration of the mythical Bayreuth Festival Theatre and transforms it into an instrument and stage set at the same time with the help of an ingenious “chain reaction machine”. “The Loop oft the Nibelung” is also available online from today.

Commissioned by the Bayreuth Festival, composition commission
financed by the Ernst-von-Siemens Music Foundation
With musicians of the festival orchestra and Wiebke Lehmkuhl,
Nadine Weissmann (mezzo-soprano) and Olafur Sigurdarson (baritone)

30 July | From 10 a.m.
Does an artist have to take a political stand?
Interview with András Schiff and Martina Gedeck, Moderation: Björn Gottstein (SWR)

The discussion series “Hier gilt’s der Kunst” and the video performance “The Loop oft the Nibelung” will be available for a period of four weeks on the Bayreuth Festival website at www.bayreuther-festspiele.de/diskurs and the BR Klassik festival programme at www.br-klassik.de from the dates given.

The programme is presented with background information and additional video material on the Twitter channel of the Bayreuth Festival.