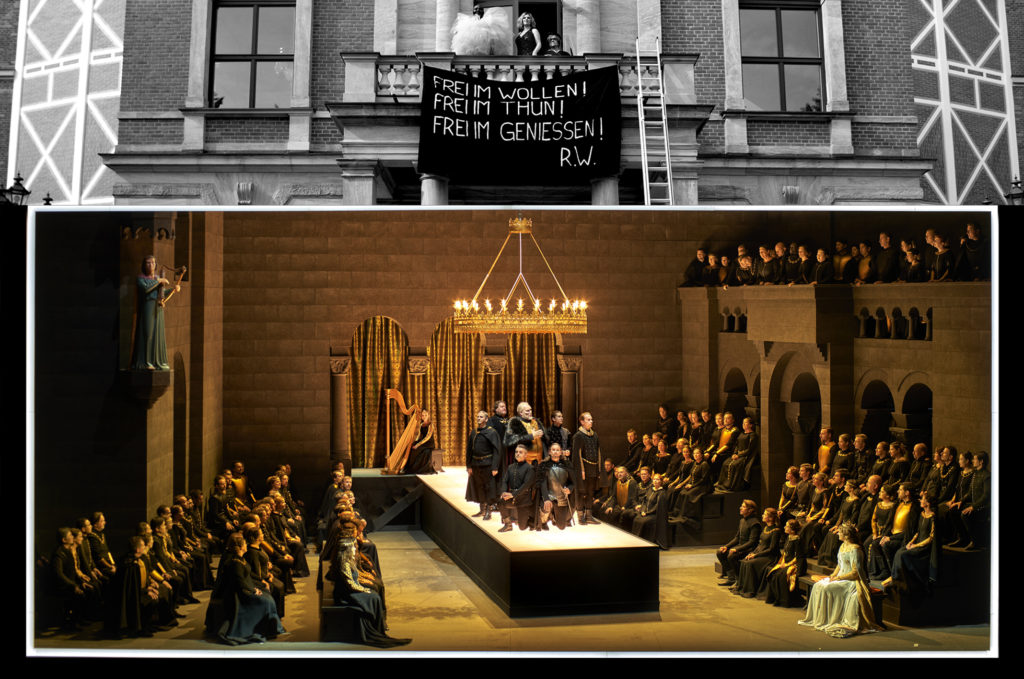 Successful finale of the Bayreuth Festival

After 32 sold-out performances, the Bayreuth Festival 2019 will come to a successful end on 28th of August. More than 62.000 guests from numerous countries visited this years festival.

After an artistically creative and impressive season, the 108th Bayreuth Festival ends on 28th of August 2019. One day before the festival started, a ceremony to mark the 100th birthday of Wolfgang Wagner took place. The festival was opened on 25th of July with the premiere of the new production of “Tannhäuser” under the musical direction of Valery Gergiev and directed by Tobias Kratzer. The stage and costume were designed by Rainer Sellmaier. This production found altogether a large and positive echo and met both the public and the media enthusiasm. Stephen Gould (Tannhäuser) and Lise Davidsen (Elisabeth), Markus Eiche (Wolfram) and Elena Zhidkova (Venus) were especially acclaimed. In the same way the participants of the revivals “Lohengrin”, “Die Meistersinger von Nürnberg”, “Parsifal” and “Tristan und Isolde” were celebrated. The artistic level of the festival’s performances continues to be internationally leading and impressively demonstrates the uniqueness of the Bayreuth Festival as the most important venue for examining Wagner’s work.

The Festival’s supporting programme, “Discourse Bayreuth”, took place for the third time. This years highlight was a commissioned work for the Bayreuth Festival, the spoken theatre play “Siegfried. A Monologue” by Feridun Zaimoglu and Günter Senkel. The production was widely and extraordinarily acknowledged. A symposium entitled “Szenen-Macher”, a panel discussion on Siegfried Wagner’s 150th birthday and several concerts rounded off the programme of “Discourse Bayreuth”. Information about events of the next “Discourse Bayreuth” will be provided in spring 2020.

The project “Wagner for Children” entered the second decade of its existence in 2019 with ten performances of a specially for children created version of “Die Meistersinger von Nürnberg”. All performances were completely booked out and aroused cheerful enthusiasm among the visitors. Next years project will be a version of “Tristan und Isolde”.