Wolfgang Koch is currently one of the most important dramatic bass- baritones in the opera world. He studied singing at the University of Music in Munich as well as with Josef Metternich, Gianni Raimondi and Leondino Ferri followed by engagements in the ensembles of Stadttheater Bern, Staatsoper Stuttgart and the Wiener Volksoper, where he celebrated great successes in new productions of Schrekers Irrelohe, Kienzels Evangelimann, Orff’s Die Kluge and d´Albert’s Tiefland.

By now Wolfgang Koch works freelance at all important operas in the world. He made his highly praised debut as Hans Sachs in Wagner’s Die Meistersinger von Nürnberg at the Frankfurt Opera in autumn 2006, where he also sang the title role in the new production of Reimanns Lear in September 2008, followed by his role debut as Mandryka in Arabella (2009) and as Borromeo in Hans Pfitzner’s Palestrina (2010).

In January 2008 he achieved a great success as Hans Sachs at the Wiener Staatsoper, where he also sang Telramund in Lohengrin and Jochanaan in Strauss' Salome. In spring 2008 he triumphed with his role debut at the Staatsoper Hamburg as Alberich in a new production of Wagner’s Rheingold, where he had previously performed Jochanaan and Alberich in a new production of Wagner’s Siegfried. In the last two seasons Wolfgang Koch performed in Hamburg in new productions of Bliss, Palestrina, Don Giovanni and Götterdämmerung as well as in revivals of Rheingold, Siegfried and Parsifal.

The artist is closely connected to the Staatsoper Munich, where he after new productions of Busoni’s Doktor Faust in June 08, Pfitzner’s Palestrina in January 09 and Lohengrin in Juli 09, also sang Pizarro in Beethoven’s Fidelio in December 10. In the current season he performs the part of Alberich in the new production of Der Ring des Nibelungen.

At the Salzburg Festival in August 2011 Wolfgang Koch made his role debut as Barak in Die Frau ohne Schatten. In the very same role he quite recently was to be seen at the Wiener Staatsoper.

At the Royal Opera House Covent Garden Wolfgang Koch made his debut as Hans Sachs in December 2011, this will be followed by the part of Alberich in Der Ring des Nibelungen in summer 2012. In 2014 Wolfgang Koch will perform at Teatro alla Scala. Projects in Bayreuth, at Salzburg Easter Festival 2013, in Vienna at the Staatsoper and the Theater and der Wien as well as in Dresden and Frankfurt are lying ahead.

Concert appearances have led him to the Scala in Milano, the Accademia Santa Cecilia in Rome, to Hamburg, Bruxelles and Paris as well as to the Wiener Konzerthaus, where he was heard in the concert version of Tabarro / FlorentinischeTragödie in May 2010. In January 2011 at the Wiener Musikverein he performed Zemlinsky’s Lyrische Symphonie under the baton of Kirill Petrenko. In August 2011 he sang Beethoven’s IX Symphony conducted by Daniel Barenboim in Köln (published on CD).

Several CD and DVD releases with Wolfgang Koch are available, such as the Ring from Hamburg, the productions of Lear (Reinmann) and Palestrina (Pfitzner) from Frankfurt, Palestrina and Lohengrin from Munich and many more. 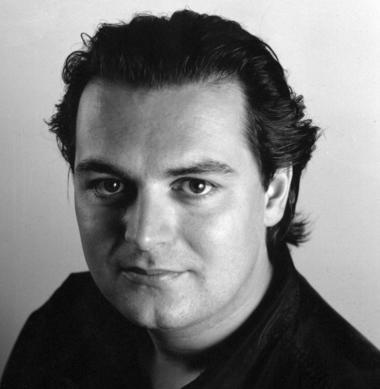