The American mezzo-soprano Susan Maclean, grew up in a musical family in Sacramento, California. Her parents, professional flutists, played in many prominent American symphony orchestras. Her sister, dancer and choreographer, Karen Kleber, performed for six years on Broadway in the hit musical 42nd Street.

After graduating with a degree in Theater Arts from the University of Minnesota, Miss Maclean was accepted into the International Opera Studio in Zurich, Switzerland. Her achievements in the studio gained her a contract with the Zurich Opera house, where she sang with such conductors as Nello Santi, Nicolaus Harnoncourt and Ralf Weikert. After her stay in Zurich, she sang extensively in Germany (Leipzig, Nuremberg, Bielefeld, Oldenburg, Kaiserslautern, Weimar, Dortmund, Karlsruhe, Dresden) and other European cities (Antwerp/Belgium, Turin/Italy, Lausanne and St. Gallen/Switzerland, Linz and Salzburg/Austria) in both operatic and concert repertoire.

The last few years have seen her concentrating on Verdian and Wagnerian mezzo roles as well as roles from the French repertoire (Carmen, Dalila). In 2003, she made her debut as Didon in Berlioz' Les Troyens at the National Theater Mannheim where she is now the leading dramatic mezzo-soprano. About her Didon, Online-Musik-Magazine wrote "..she moves one to tears, unusually flexible mezzo-soprano, unusually seductive." Her current repertoire includes Brangäne, Kundry, Ortrud, Santuzza, Amneris, Eboli and Lady Macbeth.

In 2004, she sang Brangäne in a new production of Tristan und Isolde in Mannheim conducted by Adam Fischer, a role she repeated with great success for the Opera Leipzig under the baton of Axel Kober. March 2007, she celebrated a triumphant debut as the Amme in Richard Strauss' Die Frau ohne Schatten in Mannheim, a role she will repeat this season in a gala performance at the Staatstheater Karlsruhe as well as a revival of the production in Mannheim. Another highlight of the 2007-2008 season: on March 27, she jumped in for an ailing colleague as Kundry at the Semperoper Dresden.

In the fall of 2008, Susan Maclean joined the ensemble as the dramatic mezzo-soprano of the Opera Leipzig where she triumphed as Kostelnicka in Janacek's Jenufa. In 2009 she will make debuts at the Bavarian State Opera in Munich and the Norwegian Opera in Oslo. Summer 2010 she makes her debut at the Bayreuth Festival as Kundry in the acclaimed Stefan Herheim production of Parsifal. Starting the season 2010/2011 she joins the emsemble of the Deutsche Oper am Rhein in Düsseldorf. 2011 she will make her Debut at the Opera de Lille as Lady Macbeth/Macbeth. 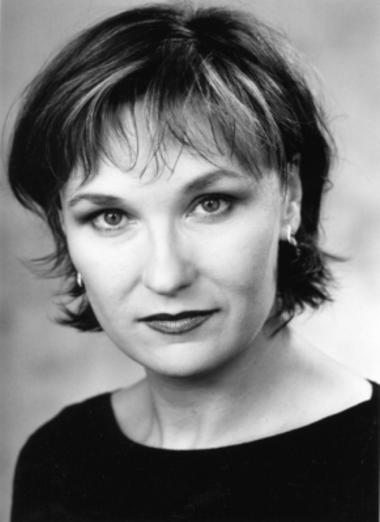