American bass-baritone Ryan McKinny has been praised for his “elegant and articulate” vocalism (OC Register), as well as a powerful voice that “drips with gold.” (Opera News)

In the 2015 – 2016 season, Ryan McKinny makes his Bayreuth Festival debut as Amfortas in a new production of Parsifal under Andris Nelsons, a role he will also sing for his debut at Teatro Colòn in Buenos Aires. He will return to the Metropolitan Opera as Biterolf in Tannhäuser under James Levine which will be broadcast around the world in HD. He also debuts at the Washington National Opera as Donner and Gunther in Der Ring des Nibelungen and returns to the Hamburg Opera for his first European performances of Der fliegende Holländer.

Ryan McKinny began last season in a return to the Metropolitan Opera as the Sprecher in Die Zauberflöte and Kothner in Die Meistersinger von Nürnberg under James Levine.  He also returned to the Los Angeles Opera for his role debut as Count Almaviva in Le nozze di Figaro, as well as his debut at Hawaii Opera Theatre in Francesca Zambello’s production of Der fliegende Holländer. Mr. McKinny made his Santa Fe Opera debut in the summer of 2015 as Jochanaan in a new production of Salome conducted by David Robertson.

In recent seasons, Mr. McKinny made his Metropolitan Opera debut as Lieutenant Ratcliffe in Billy Budd. He made a major role debut as Kurwenal in Christof Loy’s production of Tristan und Isolde and as the title role in Rigoletto at Houston Grand Opera, his role debut as Jochanaan in Salome at New Orleans Opera, Stanley Kowalski to Renée Fleming’s Blanche DuBois in Previn’s A Streetcar Named Desire at Los Angeles Opera, Nathanael in the world premiere Andrea Lorenzo Scartazzini’s Der Sandmann in a production by Christof Loy at Theater Basel, and the Canadian Opera Company as Melot in Peter Sellars’s production of Tristan und Isolde under Johannes Debus.  Mr. McKinny sang his first production of Wagner’s Der fliegende Holländer as the Dutchman in a new Francesca Zambello production at the Glimmerglass Festival to sensational audience and critical acclaim.

Mr. McKinny debuted at the English National Opera as Tiridate in David Alden’s production of Radamisto to great acclaim.  He also debuted at Semperoper Dresden and Hamburg State Opera as Escamillo in Carmen, and Deutsche Oper am Rhein for his role debut as Amfortas in Parsifal. He was seen at Houston Grand Opera as the Herald in Lohengrin conducted by Patrick Summers, then at Los Angeles Opera in two new roles: Leone in Handel’s Tamerlano with Plácido Domingo and Don Basilio in Il barbiere di Siviglia.  He was member of the ensemble at the Deutsche Oper Berlin where his roles included Peter in Hänsel und Gretel, Escamillo in Carmen, Un Frate in a new production of Don Carlo under Donald Runnicles, Raimondo in Lucia di Lammermoor, and as bass soloist in a staged version of Verdi’s Messa da requiem. In the spring of 2010, Mr. McKinny made his European operatic debut at the Deutsche Oper Berlin as Escamillo in Carmen, as well as Hercules in Peter Konwitschny’s new production of Alceste for Oper Leipzig.

On the concert stage, Mr. McKinny sang the world premiere of Shostakovich’s uncompleted opera Orango under Esa-Pekka Salonen and the Los Angeles Philharmonic with stage direction by Peter Sellars which was reprised in London with the London Philharmonia. He has also been heard with the Cleveland Orchestra and National Symphony in Beethoven’s Symphony No. 9; Rossini’s Stabat Mater at the Grant Park Music Festival; Monterone in Rigoletto and Zuniga in Carmen with the LA Philharmonic under Gustavo Dudamel at the Hollywood Bowl; Britten’s War Requiem with the Baltimore Symphony Orchestra under Marin Alsop ; and Mahler’s Symphony No. 8 (“Symphony of a Thousand”) at the Aspen Music Festival with Robert Spano. He has also performed the bass-baritone roles in Oedipus Rex for his debut with the Chicago Symphony Orchestra under Michael Tilson Thomas and the Los Angeles Philharmonic under Esa-Pekka Salonen in his final concerts as music director with staging by Peter Sellars. Mr. McKinny was heard in a special recital of Schubert’s Die Winterreise during the Sydney Festival, which was broadcast on ABC, Australia’s public radio and has been heard at the Aspen Music Festival for a recital recreated on a program originally performed by Jerome Hines in June 1949.

While a student at the Juilliard School, Mr. McKinny made his Carnegie Hall debut in Handel’s Messiah with the Musica Sacra Orchestra.  At the Aspen Music Festival, he sang his first performance of Winterreise accompanied on the piano by Richard Bado. He has also been heard as soloist in the Mozart, Brahms, and Fauré Requiems as well as Vaughan Williams’s Dona nobis pacem. Additionally, he sang the world premiere of Henrik Strindberg’s I Thought Someone Came By at New York’s Alice Tully Hall.

Mr. McKinny was the first recipient of the Birgit Nilsson Prize for singing Wagner at Plácido Domingo’s Operalia Competition held at Teatro alla Scala in Milan and the Kirsten Flagstad/George London Award from the George London Foundation. He also represented the United States in the 2007 BBC Cardiff Singer of the World Competition, where he was a finalist in the Rosenblatt Recital Song Prize. He was a Grand Finalist in the 2007 Metropolitan Opera National Council Auditions and is featured in the film The Audition released by Decca on DVD. 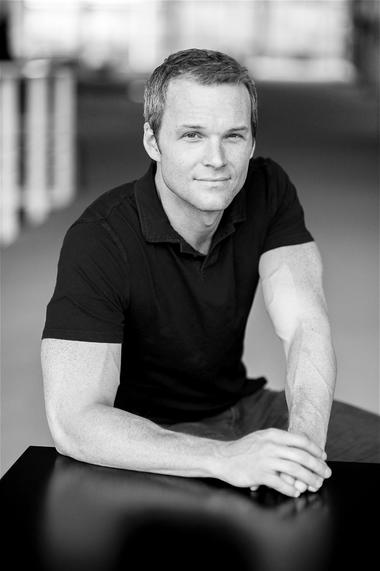