Ricarda Merbeth is one of the most successful sopranos. She grew up in Chemnitz, Germany. In 1989, upon completing her studies in voice and education at the Felix Mendelssohn Bartholdy conservatory in Leipzig, she was offered contract as lyric soprano with the Municipal Theater in Magdeburg, followed by a two-year´s engagement at the German National Theater Weimar.

From 1999 to 2005 Ricarda Merbeth has belonged to the ensemble of the Vienna State Opera where she made her debut as Marzelline in Fidelio. She has since been heard in Vienna as Donna Anna in Don Giovanni, Contessa in Le nozze di Figaro, Chrysotemis in Elektra, Fiordiligi in Cosi fan tutte, Elisabeth in Tannhäuser, Eva in Rienzi. Extremely succesfull turned out to be her Daphne under the baton of Semyon Bychkov. Recent important role debuts at the Vienna State Opera had been the titel role in Jenufa and Elsa in Lohengrin.

In the new production of Der Ring des Nibelungen in Bayreuth (2000-2001), Ricarda Merbeth was seen as Freia, Gerhilde/Helmwige and Gutrune. In 2002/2003 Ricarda Merbeth sang the role of Elisabeth in the new production of Tannhäuser, conducted by Christian Thielemann, which opened the Bayreuth Festival. In 2004, 2005 and 2007 she returned to Bayreuth, again as Elisabeth.

Saison 2009/10 opened with a much acclaimed production Die tote Stadt at the Pariser Bastille under the baton of Pinchas Steinberg, followed by Salome at the Vienna State Opera, Szymaonwski-Stabat Mater at the Liceu Barcelona, concerts with Mahler 2. Symphony under the baton of Mariss Jansons and Elsa-Lohengrin at the Berlin Deutsche Oper. Ricarda Merbeth appeared as Elisabeth in Tannhäuser in Torino (Semyon Bychkov) and at the Paris Bastille als Sieglinde Walküre (Philippe Jordan). To the Vienna State Opera she returned for Rosenkavalier / Marschallin.

Season 2010/11 opened with a much acclaimend series Ariadne auf Naxos at the Paris Bastille, followed by Ricarda Merbeth´s first Fidelio-Leonore at the Zurich Opera and another role debuts - Oberon Rezia, in Toulouse. She returned as Sigelinde / Walküre to Vienna State Opera, sang Mahler 8. Symphony with Maestro Chailly in Leipzig and Gurrelieder with Marc Albrecht in Strasbourg and Paris. She finished the season successfully with Daphne at the Liceu in Barcelona

Other projekts in 2012 were: Elsa in Lohengrin (new production) at the New National Theatre Tokyo and in Karlsruhe. At the Liceu Barcelona and in Hamburg as Senta, at  the Vienna State Opera Fidelio-Leonore, 14.Sinfonie von D. Schostakowitsch in Lausanne and Genf, a Wagner-concert in Luxemburg, at the Berliner Philharmonie Freia in Das Rheingold as well as 9. Symphony (Beethoven). 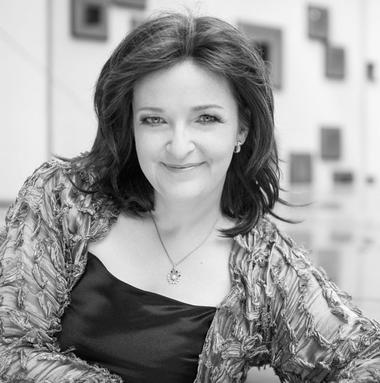