The soprano was born in Würzburg and began her vocal studies in Karlsruhe with Prof. Christiane Hampe and continued in Stuttgart with Prof. Ulrike Sonntag and Prof. Cornelis Witthoefft (Lied). She graduated with honors.

In the season 2010/11, Mirella Hagen was a member of the Opera Studio at the Staatsoper Stuttgart, the season 2011/12 she was part of the ensemble of the Theater Regensburg and afterwards she was engaged at the Vlaamse Opera Antwerpen (Belgium). Her repertoire includes roles such as 1st Blumenmädchen (Parsifal), Anna Kennedy (Maria Stuarda), Ännchen (Der Freischütz), Valencienne (Die lustige Witwe), Gretel (Hänsel und Gretel), Papagena (Die Zauberflöte), Anna (Nabucco) and the 5th Magd (Elektra).

Mirella Hagen sang concerts and recitals at the Oberstdorfer Musiksommer, the Beethovenfest Bonn and the Europäisches Musikfest Stuttgart. In September, 2013 she will start a concert trip with Helmuth Rilling and the Bach Collegium Stuttgart to Korea.

During her studies, she took part in numerous master classes, i.a. with KS Edith Mathis, Prof. Ulf Bästlein and Charles Spencer, as well as KS Helen Donath and participated in the Liedforum at UdK-University of Arts Berlin. She was the winner of the Hochschulwettbewerb 2008 in Freiburg (2nd Prize), the Paula Salomon-Lindberg Competition at UdK Berlin, the 1st International Hugo Wolf Competition Slovenj Gradec 2012 (Concert-Prize) and she was in the final of the Hugo Wolf Competition in Stuttgart 2012. 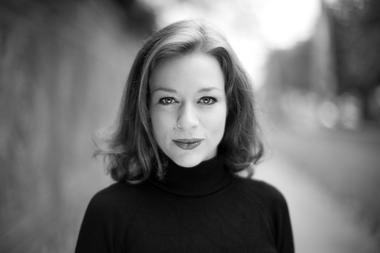