"The way in which baritone Michael Nagy trod this inevitable path to death bound up with a family ideology was gripping and enthralling...   Outwardly he remained the perfect gentleman, but the intensive interplay between body language and a round, subtly nuanced, yet heroically powerful voice reveals the mental test to which Owen is subjected."
(FAZ, Britten: Owen Wingrave – Frankfurt Opera)

”A Stuttgart baritone named Michael Nagy was highly effective — streamlined, tasteful, and pure. He had the honor of singing the "Mache dich, mein Herze, rein" one of the most sublime things ever written."
(The New York Sun,  Bach: Matthäus Passion - Carnegie Hall)

The young baritone singer with Hungarian roots began his career in Berlin as a member of the Komische Oper ensemble, before moving to the Frankfurt Opera for the 2006/07 season. Apart from Pagageno (Zauberflöte), Guglielmo (Così fan tutte) and Conte (Le nozze de Figaro) he sang his debut roles as Hans Scholl (Die weiße Rose), Wolfram (Tannhäuser), Valentin (Faust), Jeletzki (Pique Dame), Marcello (La Bohème), Albert (Werther), Frank/Fritz (Die tote Stadt), Owen Wingrave and most recently Jason (Medea) and Dr. Falke (Die Fledermaus). After five very successful years as a member of the Frankfurt company Michael Nagy gave his last performance in May as Morald (Die Feen). As a guest artist of the Frankfurt Opera he maintains his ties and will return to sing in Wagner’s Liebesverbot in 2012. In spring 2010 Michael Nagy gave guest performances at the Oslo Opera House (Wolfram/Tannhäuser in a new production by Stefan Herheim) and the Bayerische Staatsoper in Munich (Graf Luna/Palestrina). In early 2011 he appeared on stage as Nardo (La finta giardiniera)  at the Theater an der Wien with the Freiburger Barockorchester under René Jacobs in a new production by David Alden. The final highlight of the season 2010/11 will be his debut performance at the 100th Bayreuth Festival, playing the role of Wolfram in a new production of Tannhäuser, featuring an exciting collaboration between Sebastian Baumgarten giving his debut as stage director and Thomas Hengelbrock conducting on the legendary Green Hill for the very first time.

As a concert singer Michael Nagy made his debut at New York’s Carnegie Hall at the beginning of 2007 (St. Matthew’s Passion) and worked for the first time with Philippe Herreweghe (Fauré Requiem), who subse-quently invited him to Amsterdam (Concertgebouw) for Mendelssohn’s Elias and in early 2011 for a tour singing Mahler’s Rückert-und Wunderhornliedern. Other engagements have taken the baritone to the Konzert-hausorchester Berlin (Hartmanns Gesangsszene, Horwitzs Vom Tode), the Museumsorchester Frankfurt (Brahms A German Requiem, Haydns Creation), the Gewandhausorchester Leipzig under Riccardo Chailly, the Schleswig-Holstein Music Festival (Szymanowskis Stabat Mater) and the Bamberger Symphonikern (Mendelssohns Erste Walpurgisnacht, Elias and Mahlers 8th Symphony). Helmuth Rilling supported the development of Michael Nagy from the very beginning and invited him end of 2010 to sing in Japan with the NHK orchestra for Beethoven’s 9th Symphony. With his wide-ranging concert repertoire Michael Nagy could recently work with prominent musical partners such as Adam Fischer and the Chamber Orchestra of Europe (Haydns Creation), Paavo Järvi with the HR Symphony Orchestra (Nielsens 3rd Symphony), Thomas Hengelbrock and the Balthasar-Neumann-Choir (Brahms A German Requiem), and Christoph Eschenbach and the NDR Symphony Orchestra (Mahlers 8th Symphony).

His forthcoming season will be equally diverse. Some of the highlights are: Vaughan Williams' Sea Symphony at the Stuttgart Music Festival with the European Union Youth Orchestra under Vladimir Ashkenazy, Bach's B Minor Mass with René Jacobs in Seoul and Michael Nagy's debut with the Bavarian Symphony Orchestra under Daniele Gatti in Mahler’s Des Knaben Wunderhorn.

Michael Nagy particularly enjoys Lieder recitals, although his extensive opera and concert appearances leave him with little time to spare. At the end of 2009 he performed a unique programme of musical settings of Eichendorff’s poems alongside Gerold Huber as part of Frankfurt Opera’s Lied Series. This very successful partnership will continue next March with an evening of Lieder for Radio Cologne.

Michael Nagy began his musical training with the Hymnus Boys’ Choir in Stuttgart. He went on to study in Stuttgart, Mannheim and Saarbrücken, studying voice with Rudolf Piernay, by whom he is still coached, lied interpretation with Irwin Gage, and conducting. He completed his training attending master classes with Charles Spencer, Rudolf Piernay and Cornelius Reid. In 2004, accompanied by pianist Juliane Ruf, he won the International Lied Competition held by Stuttgart’s Hugo Wolf Academy. 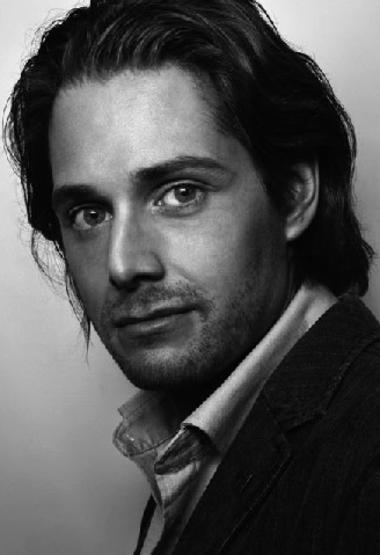