Canadian Lance Ryan is one of the most sought-after heldentenors in the world today. He is especially appreciated in major roles in operas by Richard Strauss and Richard Wagner.

After his vocal studies with teachers like Gianni Raimondi and Carlo Bergonzi and the start of his career in Italy, where he won the AsLiCo competition in 2002, he moved to Germany in 2005 to fully develop his vast repertoire. As a permanent member of the Badisches Staatstheater Karlsruhe he had numerous opportunities to make his debut in key roles such as Siegmund (Die Walküre), Cavaradossi (Tosca), Siegfried (Siegfried, Götterdämmerung), Otello, Calaf (Turandot), Kaiser (Die Frau ohne Schatten), Bacchus (Ariadne auf Naxos), Andrea Chénier, Florestan (Fidelio), Enzo (Gioconda) and Lohengrin.

Lance Ryan enjoyed enormous successes singing Siegfried for example 2013 in the Ring production at the Frankfurt Opera under Sebastian Weigle and at the Bavarian State Opera in Munich under Kent Nagano; 2012 in the production of La fura del Baus in Sevilla and under Daniel Barenboim at the Deutsche Oper Berlin and at La Scala di Milano; at the Bayreuth Festival 2010 under Christian Thielemann, at the Salzburg Easter Festival 2009 under the baton of Sir Simon Rattle, at the Maggio Musicale in Florence and the Palau de les Arts in Valencia under Zubin Mehta, at the Strasbourg Opera under Claus Peter Flor and Marko Letonja, and also at the Vlaamse Opera in Ghent under Ivan Törsz. He performed Bacchus at the State Opera in Dresden and in Vienna, at the Royal Opera House in London, at the Deutsche Oper Berlin, and at the Metropolitan Opera New York. He made his debut in Rome as Turridu (Cavalleria rusticana). At the Teatro Lirico di Cagliari he sang Siegmund and Hoffegut (Die Vögel). He then performed Otello in Oslo and Hannover and Erik (Der fliegende Holländer) in Stuttgart and at the Bavarian State Opera in Munich.

In 2009 Lance Ryan sang his first Enée (Les Troyens) in Valencia, then at St. Petersburg Marinskij Theatre, both under Valery Gergiev. In 2010 he performed Calaf in a production of the Berio version at the Nederlandse Opera in Amsterdam under Yannik Nézet-Seguin. He then made his debut as Apollo (Daphne) at the Frankfurt opera. Lance Ryan starred as Lohengrin in a concert with the City of Birmingham Symphony Orchestra under the baton of Andris Nelson, and made his Cologne debut as Siegmund (Die Walküre) in June 2010. In September 2010 Lance Ryan performed Siegmund and Siegfried (Götterdämmerung) at Shanghai's Expo. Afterwards he sang Apollo at Semperoper Dresden, gave his debut at Milan's Teatro alla Scala as Don José (Carmen), and was heard in concerts of Das Lied von der Erde in Kiel and of Janacek's Glagolithic Mass with the Chicago Symphony under Pierre Boulez.

Ryan started 2011 singing in a new production of Götterdämmerung in Strasbourg. He made his debut as Max (Der Freischütz) in Barcelona, he performed as Florestan in Valencia and Gurrelieder in Strasbourg and Paris under the baton of Marc Albrecht. Also, he returned to Barcelona to sing Apollo with Teatro Liceu. In the fall of 2011 Ryan performed the two Siegfrieds in a new production of the Ring des Nibelungen in Frankfurt, followed by an engagement as Bacchus at Cologne Opera.

In 2012 Lance Ryan performed for example as Otello in Frankfurt, as Enzo in Mannheim, as Lohengrin in a new production in Karlsruhe, as Florestan at the Vienna State Opera, and he sang Siegfried in new productions at the Berlin State Opera and at La Scala di Milano, followed by the successful production of La fura dels Baus in Sevilla.

In 2013 Ryan portrayed Siegfried at the Bavarian State Opera in Munich and in the Ring production at the Frankfurt Opera, followed by his performance as Otello in Frankfurt. In summer he will return to the Bayreuth Festival, performing as Siegfried in the bicentennial Ring, conducted by Kirill Petrenko. The same role he will perform as well at Liceu Barcelona, in Tokio, and at the Deutsche Oper Berlin under Sir Simon Rattle and Sir Donald Runnicles.

Furthermore Lance Ryan will return to the Vienna State Opera as Florestan, Don José and Siegmund, to Cologne as Alvaro (La forza del destino), Samson (Samson et Dalila), as Max and Siegmund, to Frankfurt as Tristan (Tristan und Isolde), Midas (Die Liebe der Danae) and as Tannhäuser. The same role Ryan will perform as well for his debut at the Hamburg State Opera in 2014.

The entire Ring recording 2010 from Palau de les Arts under Zubin Metha, featuring Mr Ryan as Siegfried, is available on DVD and Blu Ray, same as the recording of Les Troyens under Valery Gergiev, which has been released in the summer of 2011. Since summer 2012, Siegfried and Götterdämmerung in Frankfurt have been released on CD and DVD. 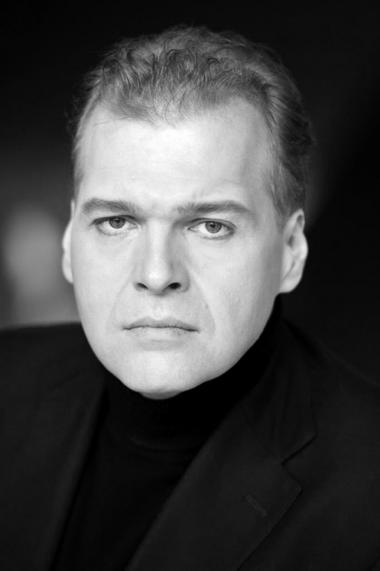