The young Norwegian mezzo-soprano Ingeborg Gillebo studied at the Norwegian Academy of Music and at the Opera Academy in Copenhagen where she studied with Professor Susanna Eken.

During her studies she sang roles such as Idamante in Idomeneo, Dorabella in Cosi van Tutte, Romeo in I Capuleti e i Montecchi, Der Komponist in Ariadne auf Naxos, Octavian in Der Rosenkavalier, the title role in Carmen and Marie in The Bartered Bride.

In the summer of 2010 she participated in Academie européenne de musique at Festival d’Aix-en-Provence. In 2010 she also made her debut at the Royal Danish Opera as Margret in Wozzeck and at the Norwegian National Opera as Cherubino in Le nozze di Figaro.

Since then she has sung Rosina in Il Barbiere di Siviglia and Costanza in Haydn’s L'isola Disabitata at the Norwegian National Opera, Zélis in Liszt’s Don Sanche in London as well as in Amsterdam in the connection with European Union Prize for Cultural Heritage Award Ceremony, 2:nd Lady in Die Zauberflöte in staged performances with the Stavanger Symphony Orchestra, and performances of Solveig in Grieg’s Peer Gynt at the Peer Gynt Festival (one of Norway’s most established and prestigious festivals). She has also "covered" Annio in La Clemenza di Tito at the Metropolitan Opera New York.

Ingeborg Gillebo regularly sings concerts with many of Scandinavia's leading orchestras and her repertoire include works by Bach, Mozart, Haydn, Schubert, Beethoven, Mendelssohn and Grieg.

Engagements in 2013 included Nicklausse in Les contes d'Hoffmann, Cherubino in Le nozze di Figaro, Lola in Cavalleria Rusticana and a revival of Costanza in Haydn’s L'isola disabitata at the Norwegian National Opera, performances of Solveig in Grieg’s Peer Gynt at the Peer Gynt Festival, concerts at the Kirsten Flagstad Festival, Volve in the world premiere of Ragnar Söderlind's The voice from mímisbrunnr and concerts with music by Edvard Grieg with Stavanger Symphony Orchestra.

2015 has started with Cherubino in Le nozze di Figaro at Opernhaus Zurich as well as Theater an der Wien and Theater Kiel, Flower-maiden, Esquire and Voice from above in with City of Birmingham Symphony Orchestra and the conductor Andris Nelsons, Beethoven's Symphony No. 9 with Trondheim Symphony Orchestra and a song-recital at the Flanders Festival Antwerp. 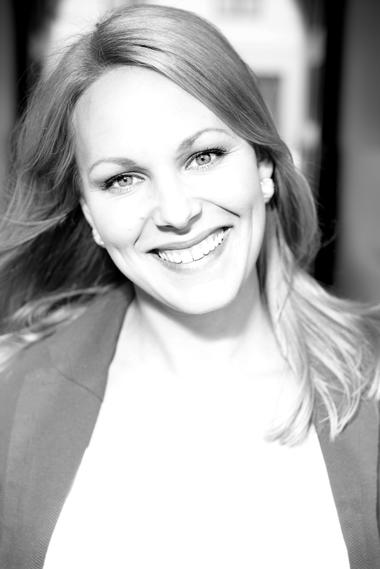