Internationally celebrated, Eric Halfvarson is one of today’s foremost interpreters of many of the darkest Wagnerian roles.  Equally noted for the power of his musical interpretations as for the searing dramatic insight that he brings to each role, he is a regular guest artist in many of the world’s foremost opera houses from Vienna, Bayreuth, Munich and London to New York, Los Angeles and San Francisco. The current season is no exception.

Mr. Halfvarson begins the new season by returning to Los Angeles Opera for German director Achim Freyer’s new production of Siegfried with Maestro James Conlon.  Thereafter, he travels to San Francisco Opera for Otello before returning to Europe and Madrid’s Teatro Real for Der Fliegende Holländer.  In spring, Mr. Halfvarson returns to Los Angeles for his signature role of Hagen in Wagner’s Götterdämmerung as well as complete Ring cycles in spring 2010.  He returns to Bayreuth as Hagen under the baton of Maestro Christian Thielemann in summer 2010.

In addition to his stage performances, the American bass is a respected teacher.  During the 2009-10 season will teach at the University of Southern California Los Angeles as well as give a series of Master Classes at the San Francisco Opera.

Eric Halfvarson made his professional debut in 1973 and was a founding member of the Houston Opera Studio. During the 1980’s he appeared with many of the foremost US opera companies including San Francisco, Chicago and Dallas and a decade later was judiciously adding many of the Wagnerian and Strauss roles that serve as his calling card internationally today. Soon thereafter he made debuts and has established long, ongoing relationships with the Metropolitan Opera, Staatsoper Berlin, the Bayreuth Festival, Bayerische Staatsoper, Opera de Paris, Wiener Staatsoper, Teatro Regio di Torino, Buenos Aires’s Teatro Colón, Barcelona’s Gran Teatre del Liceu, Teatro Real de Madrid, Valencia’s Palau de les Arts and the Royal Opera Covent Garden.

In summer 2009 Mr. Halfvarson took part in filming a Blenkov & Schønneman production of Mozart’s Don Giovanni directed by Kaspar Bech Holten. The project, filmed in Budapest, is expected to be released next season. 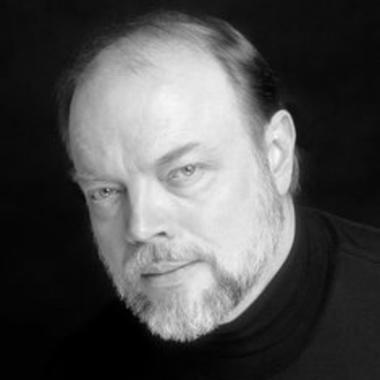