In the 2018/19 season Emily Magee appears at the Royal Opera House Covent Garden London as Sieglinde (role debut) and Gutrune at their Ring revival. At the Vienna State Opera Arabella is on the programme, at the Deutsche Oper Berlin she sings the role of Ghita in a new production of Zemlinsky's Der Zwerg before she can be heard at the Dresden State Opera as Marschallin/Der Rosenkavalier. The season closes with various concerts: Mahler's 8th Symphony at the Vienna Konzerthaus, Lyrical Symphony at Hamburg's Laeiszhalle, concerto Walküre at Seoul Opera, concerto Frau ohne Schatten at the Verbier Festival, Gurre-Lieder with the Helsinki Philharmonic Orchestra.

Emily Magee was musically trained at Indiana University by the famous soprano Margaret Harshaw and won several singing competitions. Her debut as Fiordiligi jumping in for an ill colleague in Mozart's Così fan tutte at Chicago Lyric Opera in 1994, when she was still a member of the Lyric Opera Center for American Artists, marked her breakthrough. In 1996 she made her European debut in the same role at the Opéra national de Paris. Emily Magee first attracted international attention when in the same year she made her German debut as Elsa in a new production of Lohengrin at the Berlin State Opera under Daniel Barenboim. She was then invited to make her debut at the Bayreuth Festival in the summer of 1997 as Eva in Die Meistersinger von Nürnberg in a production by Wolfgang Wagner under the direction of Maestro Barenboim.

Emily Magee can be seen in numerous filmed performances, including her debut as Tosca, with Jonas Kaufmann, from the Zurich Opera House.

During the last seasons the artist appeared as Salome in a concert at the Alte Oper Frankfurt with Hessischer Rundfunk, with Verdi-Requiem at the Copenhagen Opera, Rachmaninov's The Bells at the BBC London, conducted by Maestro Bychkov. Emily Magee returned to the Vienna State Opera with La fanciulla del West, followed by a new production of Die Frau ohne Schatten (Empress) at the Hamburg State Opera, Gurre-Lieder with Mark Elder and the BBC Philharmonic Orchestra as well as concerts of Rienzi (Irene) in Budapest (Palace of Arts).

Among the projects in the 2017/18 season are: Beethoven's 9th Symphony at the Vienna Konzerthaus, conducted by Philipp Jordan, her debut as Euryanthe at concerts with the Dresden Philharmonic. At the Dresden State Opera, Emily Magee debuts Leonora in the new production of La forza del destino (directed by Keith Warner). She also returns to the Bayreuth Festival as Eva/Die Meistersinger von Nürnberg. 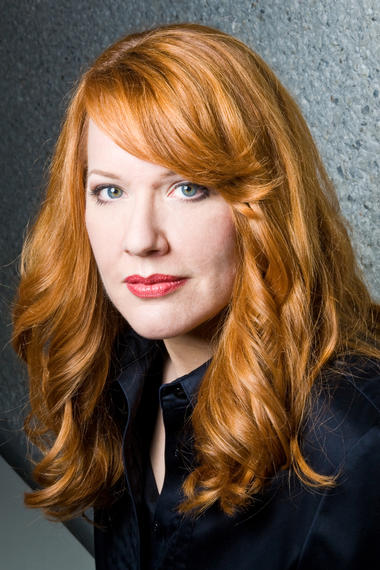