Daniela Köhler studied singing in Stuttgart, at Prof. Julia Hamari and Prof. Bernhard Jäger-Böhm, as well as at the Musikhochschule in Karlsruhe with Prof. Ingrid Haubold. She was a scholarship holder of the Zonta Karlsruhe, of the Lions Club Karlsruhe-Durlach and of the Richard-Wagner-Verband in Baden-Baden. In 2010, Daniela Köhler won the first Prize at the International Vocal Competition in s’-Hertogenbosch. She participated in several master-classes, for example with Brigitte Fassbaender and with Stephen Gould at Bayreuth Festival 2017. From 2007 to 2009, she was member of the opera studio at Badisches Staatstheater in Karlsruhe and since then she is performing regularly as a guest there.

After her successful debut as Helmwige in Die Walküre under the baton of Josep Pons at the Gran Teatre del Liceu Barcelona in 2014, she was invited to sing this role also at Oper Leipzig and at Bayerische Staatsoper under the baton of Kirill Petrenko in 2016 and 2018. In 2017, she sang Vierte Magd (Elektra) in Munich. In 2017/18, she sang Helmwige and her first, highly acclaimed Sieglinde in Leipzig. Her repertoire includes also roles such as Marianne Leitmetzerin, Gerhilde, Leonore (Fidelio), Gertrud (Hänsel und Gretel), Erste Dame (Die Zauberflöte), Julia (La Vestale) and Norma.

Daniela Köhler is also in high demanded as a concert singer and could be heard in several concerts, for example with Radio-Sinfonieorchester of SWR in Stuttgart and the Orchestra of the Mariinsky Theatre in St. Petersburg. 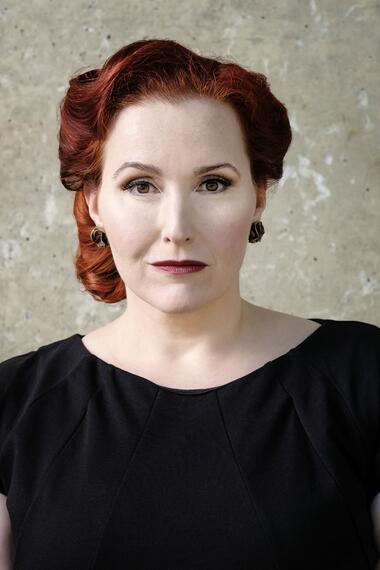