Momme Hinrichs and Torge Møller The two video artists Momme Hinrichs and Torge Møller are concerned above all to combine video art with other media to create a total artistic experience that does not merely coexist with the stage or decorate it but which allows various artistic elements to merge on different levels. They invariably work very closely not only with directors, including Bernd Eichinger, Doris Dörrie, Dieter Wedel, Andreas Homoki, Stefan Herheim, Joachim Schlömer, Sven-Erik Bechtolf and Susanne Linke, but also with other visual artists in order to develop and realize their concepts together, from the very first idea to the finished product. More recently, they have also assumed responsibility for the complete sets. Among the venues where they have worked are the Salzburg and Bregenz Festivals, the Staatsoper Unter den Linden, the Vienna, Hamburg and Dresden State Operas, the Opéra Bastille in Paris, the Komische Oper in Berlin and many other larger and small theatres all over Europe. Their work has also been seen in India and North America. In early 2006 their installation Signs Fiction caused something of a sensation on the SPOTS light and media façade on Berlin's Potsdamer Platz. Among other artists whose work was exhibited here with Jonathan Monk and Terry Gilliam. Since the beginning of 2005 Torge Møller and Momme Hinrichs have taught set design at the Technical University in Berlin.

In 2008 fettFilm was responsible for the videos in Stefan Herheim's new Bayreuth Festival production of Parsifal, which will be shown also in 2009. 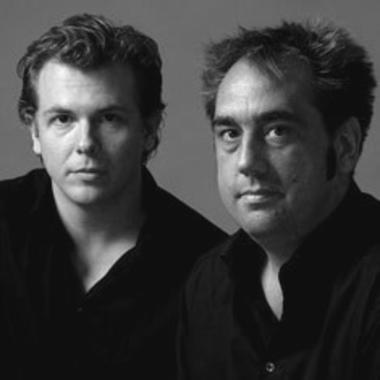