The baritone received his vocal training in Seoul, Milan and at Musikhochschule Köln (Cologne). He won prizes at several international singing competitions, such as "Toti dal Monte“ (Treviso), "Franz Schubert“ (Genova) and "Francesco Albanese“ (Napoli). He made his Italian opera debut as Mefistofele in Faust at Teatro Communale di Treviso.

Since the 1999/2000 season Samuel Youn has been an ensemble member of Cologne opera. Here, he has sung parts such as Donner and Gunther in Ring des Nibelungen, Alfio in Cavalleria rusticana and Tonio in I Pagliacci, Escamillo in Carmen, Kaspar in Der Freischütz, Heerrufer in Lohengrin, Kurwenal in Tristan und Isolde and Jochanaan in Salome as well as the title role of Der fliegende Holländer and Atilla.

Samuel Youn has been guesting internationally, for instance as Mefistofele in Faust in Seoul, as Jochanaan in Sevilla, Amsterdam, Athen, Bari, Modena, Piacenza and Bozen. He sang Kurwenal in Tristan und Isolde at Oper Leipzig and at Deutsche Oper Berlin, where he also performed Sebastiano in d'Alberts Tiefland. he made his debut as Wanderer/Wotan in Siegfried at Teatro San Carlos in Lisbon. At the Théâtre du Capitole in Toulouse he sang the role of the Four villains in Tales of Hoffmann. He sang Kaspar in Der Freischütz at Hamburg State Opera, Klingsor in Parsifal at Deutsche Oper Berlin, the Geisterbote in Frau ohne Schatten at Maggio Musicale Fiorentino under the baton of Zubin Mehta as well as at the Milan Scala, Dr. Schön in Lulu at Art Center Seoul Korea and Orest in Elektra at Teatro Real in Madrid.

At the Bayreuth Festival he performed in Parsifal under Pierre Boulez, in Tannhäuser under Christian Thielemann as well as as Heerrufer in Lohengrin under Andris Nelsons.

Future projects include Mefistofele in La Damnation de Faust  and  Wanderer in Siegfried at the Deutsche Oper Berlin, Scarpia in Tosca at Covent Garden Opera London, Gunther in Götterdämmerung at the Gran Teatre del Liceu Barcelona, Jago in Otello at the Oper Köln, Simone in Eine florentinische Tagödie at the Royal Opera Monte Carlo, Holländer in Der Fliegende Holländer at the Staatsoper Hannover. 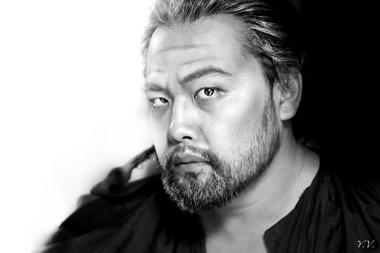