In the season 2018/19 Nana Dzidziguri performed Bizet’s Carmen at the Opera House Wuppertal and also sang here Fedrica in a new production of Verdi’s Luisa Miller. She made her debut as Ulrica in Un ballo in maschera at the Theatre Neustrelitz and performed this very role for the Verdi Festival at the National Opera Tbilisi. She sang Dvorak’s Stabat Mater with the Neubrandenburg Philharmonic Orchestra and portrayed Souffrance in the German premiere of Albéric Magnard’s Guercoeur at the Osnabrück Opera House.

In summer 2018 Nana Dzidziguri enjoyed a huge success as Carmen at the Braunschweig Festival.

In the season 17/18 she already succeeded at the Braunschweig State Theatre as Eboli in Verdi’s Don Carlo, as Gertrud in Humperdinck’s Hänsel und Gretel, the First Maid in Strauss’ Elektra or Mascha in Shostakovichs Moscow, Cheryomushki.

Before, the young mezzo-soprano was an ensemble member of the Tiflis State Opera for three years. Here she sang major roles such as Carmen, Amneris in Aida, as well as roles in the Georgian national operas Abesalom and Eteri (as Naana) and Daisi (as Nano) by the composer Sakaria Paliaschwili.

Nana grew up in Georgia and studied opera singing at the State Conservatory V. Sarajishvili in Tbilisi. During her studies, she made her debut at the Batumi State Opera as Carmen and Fenena in Nabucco. While still studying she already worked at the opera studio of the Tbilisi Music Academy, where she performed important roles of her repertoire such as Maddalena in Rigoletto, Olga in Eugene Onegin, Marzellina in Le nozze di Figaro, Third Lady in the Magic Flute and Lyubasha in Rimsky-Korsakov's Zsar’s bride.

In 2020 she will make her debut as Siegrune in Walküre in the new Ring of the Bayreuth Festival. She portrays Carmen at the Prague National Opera and Ulrica in Un ballo in maschera at the Opera House Bonn. 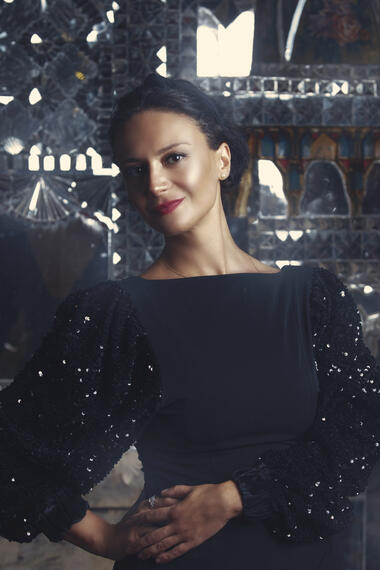