The Japanese mezzosoprano Mika Kaneko studied at Tokyo Colledge of Music, Mozarteum Salzburg and Opera Institute, where she awarded the second prize. After her winning of several singing competitions, she made her operatic debut as Grimgerde (Die Walküre) under the baton of Taijiro Iimori at Tokyo Nikikai Opera Theatre in 2008. Since then she has appeared on the stage of the subscription concert of New Japan Philharmonic Orchestra Der Rosenkavalier (conducted by Christian Arming), Nikikai New Wave Opera Theatre Il ritorno d’Ulisse in patria as Penelope. In 2010 she sang the highly acclaimed role of Emilia (Otello) under the lead of Roberto Rizzi Brignoli at Tokyo Nikikai Opera Theatre, Baba (The Medium) and Miss Todd (The Old Maid and the Thief) at Yokosuka Arts Theatre.
In recent years she has focused on the works of Wagner: Grimgerde (Die Walküre) at New National Theatre Tokyo, Frosshilde (Das Rheingold and Götterdämmerung), Schwertleite (Die Walküre), Erste Norn (Götterdämmerung) at Tokyo Opera Nomori. Kaneko has repeatedly shown her worth at New National Theatre Tokyo, where was guest with a number of operas including Das Rheingold, Die Walküre and Carmen. In the 2017/18 season she sung third lady (Die Zauberflöte) and third wood sprite (Rusalka) at Nissay Theatre. Since then she has been guest with a number of companies including New National Theatre Tokyo, Tokyo Opera Nomori, Nissay Theatre.

Furthermore, Kaneko is also much in demand in many concerts for example Beehtoven’s ninth symphony, Verdi’s Requiem, Mozart’s Requiem, and Messiah by Händel and closely working with many stellar conductors including Seiji Ozawa, Marek Janowski, Pascal Verrot. In addition, she has collaborated with Singverein der Gesellschaft der Musikfreunde Wien.
In next season she make her role debut as Brangäne (Tristan und Isolde) and Erda (Siegfried). She is a member of the Nikikai. 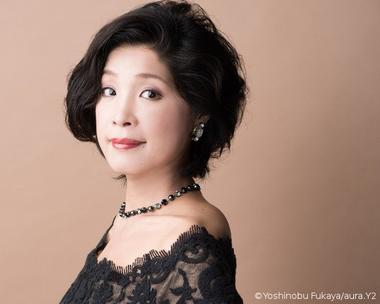