In April 2017, Michael Kupfer-Radecky made his successful debut at La Scala as Hans Sachs in Die Meistersinger von Nürnberg. One year before, he was called by the Opera de Paris Bastille to jump in as Hans Sachs in the running production of Die Meistersinger von Nürnberg under the baton of Philippe Jordan. He sang his very first Hans Sachs at the Tyrolean Festival (Tiroler Festspiele) Erl in 2015 and on tour with this festival in Beijing.

In November 2016 the baritone has given his debut as Wotan in Die Walküre at the Hungarian State Opera in Budapest. Before, he sang Wotan in Das Rheingold at various venues, including the Teatro Municipal in Sao Paulo and the Mariinsky Theatre in St. Petersburg under Valery Gergiev. Earlier, he was particularly successful as Jochanaan in a new production of Salome under Alexander Soddy in Klagenfurt. He was offered to repeat this success in the same role in November 2016 at the Royal Opera Stockholm and in January 2017 at the Deutsche Oper Berlin, where he already sang Faninal in a revival of Rosenkavalier, a part he portrayed in April 2017 both at the Bolshoi Theatre in Moscow and, in June 2017, at the Beijing Opera.

The Hamburg State Opera invited him in December 2016 for the baritone solo, next to the tenor Klaus Florian Vogt, in Mahler’s Lied von der Erde. for a ballet version, choreographed by John Neumeier. To finish the season 2016/17, Michael Kupfer-Radecky sang Pizarro in a semi-staged version of Beethoven’s Leonore under Ivor Bolton at the Dresden Festival, followed by Wotan in Die Walküre at the Tyrolean Music Festival of Erl.

The season 2017/18 started also with Wotan / Die Walküre in a new production in Oldenburg and continued with Orest in a new production of Elektra in Basel, followed by Pizarro in Katharina Wagner’s new production of Fidelio in Tokyo, Kothner in a revival of Die Meistersinger von Nürnberg at the Munich State Opera, Kreon in a series of concert performances of Oedipus Rex at the State Opera Hannover, Antoniotto Adorno & Capitano di giustizia in Schrecker’s Die Gezeichneten at the Concertgebouw in Amsterdam. Further engagements include Pizarro / Fidelio at the Bayerische Staatsoper München, Peter / Hänsel und Gretel and concerts with Zemlinsky’s Lyrischer Sinfonie in Hannover as well as Simone Trovai in Korngolds Violanta at the Teatro Regio di Torino.

Among the future tasks are Kurwenal / Tristan und Isolde at the festival in Füssen on September 29 and October 2, 2021, Fotis in The Greek passion at the Hanover State Opera with première on November 6, 2021 as well as the title role in a new production of Der fliegende Holländer in Mannheim with première on February 12, 2022 and performances until April 24. In between there will be a première of Vampyr at the Hanover State Opera. At the end of the season he will sing Gunther in Götterdämmerung at the Wagner Festival in Bayreuth.

Back in June 2014, he was already invited to sing Jochanaan at the Mariinsky theatre and for a Mariinsky guest performance in Tokyo, both under Valery Gergiev and he also gave a recital of Die schöne Müllerin at the Mariinsky. Furthermore, he appeared as Kurwenal / Tristan und Isolde at the Wagner Festival 2015 in Wels and as Kommandant in Strauss’ Friedenstag at the Budapest Festival 2015. The Taiwan Philharmonic invited him for Elias in Taipei. 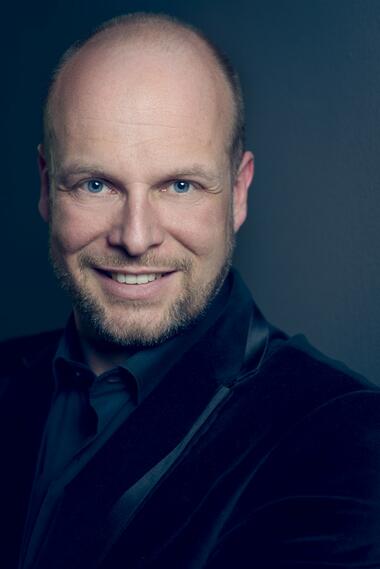