The German soprano Martina Rüping was born in Halle and studied with Ilse Hahn at the Carl Maria von Weber Academy of Music in Dresden, later having private lessons with Brigitte Eisenfeld and Elisabeth Schwarzkopf. Praised for her wonderfully radiant soprano voice, she made her acclaimed début at La Scala, Milan, as the soprano soloist in Orff's Carmina Burana under the direction of Riccardo Muti. After winning first prize in the International Sylvia Geszty Coloratura Singing Competition, she became a member of the opera companies in Halle and Cologne before embarking on a freelance career that has taken her to Amsterdam for Haydn's Die Schöpfung with the Radio Chamber Orchestra, as well as to Stockholm and Oslo and to national and international opera houses in Los Angeles, Toulouse, Turin, Tokyo, Munich, Stuttgart, Berlin and Karlsruhe. Time and again admired for her beguiling pianissimos and crystalline coloratura, she is particularly closely associated with the International Handel Festival in Halle. Her interest in the lieder repertory led to a much-acclaimed recital at the 2005 Gergiev Festival in Rotterdam that was devoted to the songs of Alma Mahler and titled Alma Mahler: The Most Beautiful Girl in Vienna. Martina Rüping's wide-ranging repertory also extends to modern music. In June 2006 she took part in a performance of Nicolas Obouhow's Le troisième et le dernier testament under the direction of Reinbert de Leeuw. 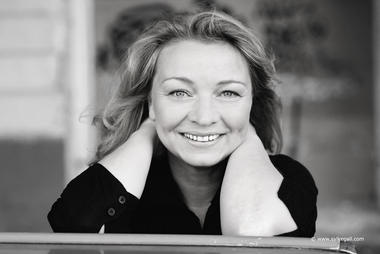