American soprano Lea-ann Dunbar grew up in a family of musicians and began piano and singing lessons at an early age. She studied voice at St. Olaf College in Northfield, Minnesota, and at the  Musikhochschule in Lübeck, Germany.

Gathering performing experience while still a student, her first appearances on the opera stage were as Cunegonde (Candide) and Fiordiligi (Così fan tutte). Master classes with Bernd Weikl and Mirella Freni rounded out her studies. She made her professional debut as Donna Anna (Don Giovanni) and spent several seasons singing leading roles as an ensemble member of the opera companies in Hildesheim and Krefeld-Mönchengladbach. Her portrayal of Mimì (La Bohème) earned her a nomination as "Young Singer of the Year" in Germany's leading opera magazine "Opernwelt".

Now a freelance artist based out of Munich, she has guested with theaters throughout Germany and in Austria, singing Donna Anna in Augsburg, Pforzheim, Chemnitz and Berlin (Komische Oper), and the title role in Lucia di Lammermoor in Mainz, Innsbruck, Koblenz and Augsburg.

In summer 2022 Lea-ann Dunbar will debut at the Bayreuth festival in the role of Woglinde in Das Rheingold und Die Götterdämmerung.

In addition to her passion for opera, she is equally drawn to the concert stage, performing repertoire ranging from Haydn's Schöpfung to Mahler's 4th Symphony and Britten's War Requiem. 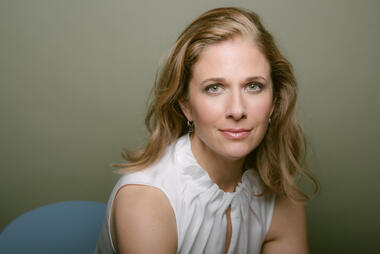